Stony silence from Eritrea as Ethiopia basks in Nobel glow 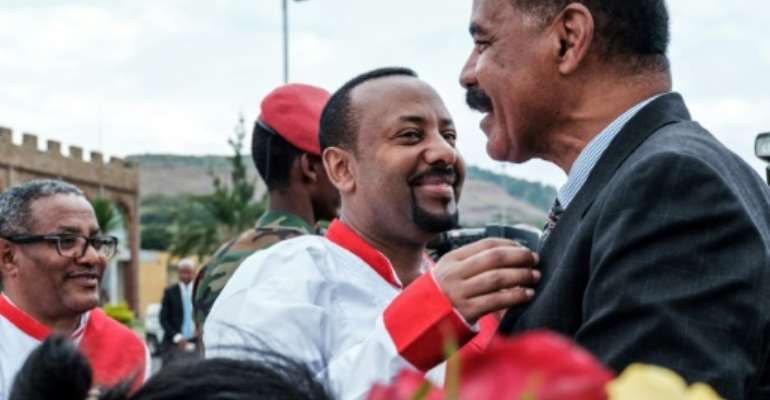 While Ethiopian Prime Minister Abiy Ahmed was praised for efforts to end years of bitter tension with Eritrea in his Nobel Peace Prize award last week, his Eritrean partner in the peace-making has conspicuously failed to offer his congratulations.

Eritrean President Isaias Afwerki was acknowledged for accepting Abiy's peace offer in the Norwegian Nobel Committee's announcement, which held out hope of "positive change" in both countries. But he was not given a share of the prize and has made no public statement on the award.

That silence is consistent with the deeply isolated nation, where hopes that peace could spark domestic reform to end years of repression are fading.

Initially when Abiy and Isaias embarked on a whip-fast rapprochement last year, leading to the formal end of a 20-year-old stalemate between the countries, some analysts speculated that peace would contribute to a new era of openness.

Embassies reopened, flights were resumed and meetings held across the region, but progress has since stalled and the border between the two nations is once again closed. 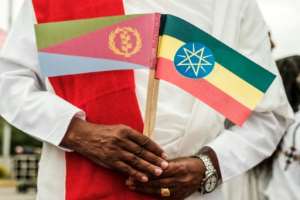 The rapprochement last year led to the formal end of a 20-year-old stalemate between the countries. By EDUARDO SOTERAS (AFP/File)

Abiy, who has said he hopes his Nobel prize will inspire peace-building by other African leaders, was also lauded for an array of reforms at home, including releasing jailed dissidents and welcoming home exiled armed groups.

UN Secretary General Antonio Guterres credited Abiy as one of the main reasons why "winds of hope are blowing ever stronger across Africa".

But little has changed in Eritrea, where a system of compulsory national service, which forces citizens into specific jobs at low pay and bars them from travelling abroad, has led to descriptions of the nation as an "open-air prison" akin to North Korea and forced thousands to flee.

Now prominent dissidents are worried that the situation is getting worse.

For Dawit, a former education official who fled Eritrea shortly before Abiy and Isaias first embraced on a tarmac in Asmara, the fact that little has changed is deeply disappointing.

"At least before there was hope. We thought maybe if there is peace, maybe if this changes, things will go the right way," said Dawit, who wanted only his first name used for safety reasons.

"But now there is no hope. There's nothing."

Eritrea fought its way to independence from Ethiopia in the early 1990s, and Isaias is the only ruler the country has ever known.

For several years it enjoyed smooth relations with Ethiopia. 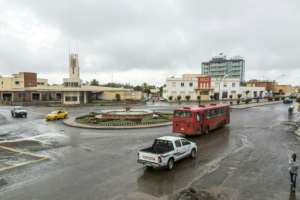 But in 1998 skirmishes erupted after Eritrean forces entered the area around Badme, claiming the town under borders drawn during Italian colonial rule.

Two years of fighting cost nearly 80,000 lives before the stalemate took hold in 2000.

The human rights situation in Eritrea quickly deteriorated as Isaias sought to stamp out criticism.

Eritreans continue to flee the country en masse and the country's national service system remains in effect, forcing thousands of Eritreans into military training even before they finish secondary school.

'Was it really happening?'

One thing that has changed since the peace deal is Eritrea's global standing. 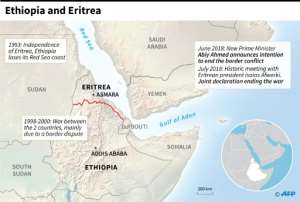 Map of Ethiopia and Eritrea and the history of their relations.. By (AFP/File)

The UN has lifted sanctions, and the European Union is funding a road-building project -- though critics contend it relies on forced labour.

Asia Abdulkadir, a Nairobi-based Eritrean activist, said steps to bring Eritrea in from the cold alarm those who see Isaias' isolation as "one of the things that might speed up" his exit.

Border tensions -- particularly with the political party that controls Ethiopia's Tigray region that borders Eritrea -- remain as bitter as ever. 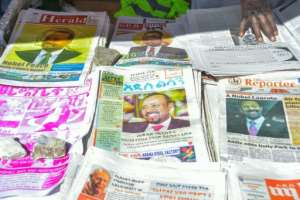 For now, it is unclear whether and when Isaias might acknowledge Abiy's Nobel, or if the prize will mean anything for Eritrea. By Michael TEWELDE (AFP/File)

These "present a major obstacle to deepening the peace process, reducing the chances of a political opening in Eritrea," said William Davison of the International Crisis Group think tank.

Recent months have also seen signs that the political space is shrinking.

In June, officials ordered the closure of Catholic-run health centres after church leaders published a letter expressing concern over the lack of reforms.

There are also reports of a new wave of attempts to nationalise private schools.

"The government clearly feels empowered to once again go after individuals or bodies, including the Catholic church, who have taken the risk to critique -- however mildly -- some of their policies and practices," said Laetitia Bader of Human Rights Watch.

For those hoping for political change, the timeline is even more uncertain.

But Dawit, the exiled education official, said he believed the world would one day get a glimpse inside his country.

"A lot of bad things are happening in Eritrea," he said. "One day it will come out and the world will say, 'Wow, all of this was happening. Was it really happening?'"