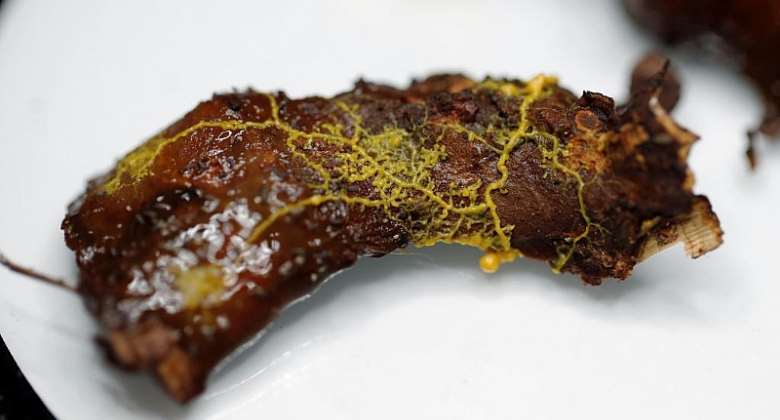 What has no brain, hundreds of sexes, can solve mazes and heal itself when chopped in half? Answer: The yellow goo that's become the newest attraction at the Paris Zoological Park.

Named after the 1950s horror film The Blob, this gooey organism isn't the stuff of science fiction, but a 500-million-year-old “slime mould” that looks like a fungus but behaves like an animal.

"The blob is a living being which belongs to one of nature's mysteries", director of the Paris Museum of Natural History Bruno David told Reuters.

"It surprises us because it has no brain but is able to learn … and if you merge two blobs, the one that has learned will transmit its knowledge to the other.”

Officially called physarum polycephalum ("the many-headed slime"), the Blob has an impressive 720 sex organs. It also has the ability to divide into different organisms and then fuse itself back together.

Despite having no limbs, the Blob can move at speeds of up to 4 centimetres an hour – and despite having no mouth, it is able to find and eat food. This unicellular being is said to be almost immortal – and can even survive being put in the microwave.

While on display at the Paris Zoo, in the Bois de Vincennes just west of the city, the Blob will be studied by scientists keen to learn more about its complex behaviour.

The Blob first gained notoriety in 1973, when a woman in the US state of Texas discovered a peculiar yellow goo rapidly expanding in her backyard.

The Texas blob didn't live for very long, though, and it was mostly forgotten about until 2016, when a scientific study showed that physarum polycephalum could learn to ignore noxious substances.

French researchers believe it's also capable of solving problems and anticipating changes in its environment.

No one really know hosw to desribe it though as it ticks more than one box. It had to be classified, so it's currently in the Protista kingdom, because where else are you going to put something that isn't a fungus, plant, bacteria, or animal?

Are we likely to come across it in the wild?
Blobs are normally found on forest floors in Europe. It thrives in temperatures between 19 and 25 degrees Celsius, and when humidity levels reach 80 to 100 percent.

Almost immortal, its only foes are light and drought -- and it can also hibernate during several years when threatened.

The Blob, which has been grafted onto tree bark, goes on display from Saturday, 19 October.