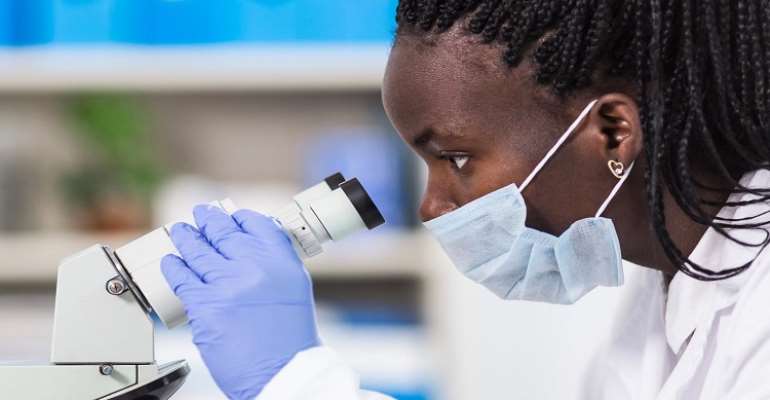 One of the richest markets in the world is in pharmaceutical companies. Many of them risked billions on research, no doubt. At the same time, most come to rediscover anti-bacteria, fungal and other drugs that may be lacking standard dosage or purity in Africa. Medical sciences professors and children of Babalawo are well versed in the use of these drugs from their parents. But most would not publish them in the Science or Medical Journals for fear of losing their patent rights or proprietorships to the West.

Well, the Prime Minister of Ethiopia, Abiy Ahmed was just awarded a Nobel Peace Prize which we celebrated. It was in his pursuit of Peace within and around the neighboring countries. Look, no matter where you are, it is a relief to get some good news in view of all these manmade calamities in Africa. Indeed, the intention of Mo Ibrahim Foundation is to promote good Governance and encourage new young leaders in Africa.

So, what is the beef of this writer? They ignore our unique assets from pharmaceutical to cultural uniqueness still imbued in some Diaspora Africans, yet unbranded for popular acceptance. We cannot wait for recognition within and outside Africa in Sciences we taught the rest of the world, especially in pharmaceutical up to the present. Selfishness or branding aside, Africans are just as intelligent and dutiful as many folks in the world.

There are some well accomplished African Motivational Speakers making rounds in Western universities about unrecognized achievements of many African countries including Ethiopia, Rwanda and Ghana as some of the fastest growing economies in the world. One of them labelled the “success” as half full or half empty jar. In contradiction, she showed slides of how the map of abject Poverty moved away from Asia to Africa.

Africans do not be fooled. We have been flattered too many times and we believe those calling us “Emerging Economy”, “Best Country For Investment”, “Free Trade” and “The Fastest Growing Economy”. Western countries are just looking for countries where they could get maximum returns as Foreign Portfolio Investors. The reason we have the highest interest rate in the world is to kill and discourage local businesses trying to survive and germinate while foreigners get highest returns on short term investments.

Most of these speakers are just projecting Western images on Africa. They talk about most African countries with scattered villages where one would think he is in Western heaven like patches of green grass in the desert. Nigerians, more than other Africans would beat their chest bloody on individual achievements except a few in Nigeria lately.

These scattered Villages in Africa, also called gated communities have infrastructure and humongous houses as good, if not better than those in Europe and the Americas. As long as you have money, you can live in these villages and think you are in Paradise. The only problem is that on your way to and out of these villages, realities would be staring at you: bad roads, shanty towns, hustlers and thugs waiting to be nice to you.

You can even beat some of these poverty-stricken areas by getting adequate security and well armored Sport Utility Vehicles locally made by Proforce and Innoson. Better still, some of the cities have helicopter services to and from the airports. If you need to go to parties and show off with US “dollar rain” in Nigeria, you can hire real Police Force to protect you while you litter the floor with American dollars. Nobody is allowed to sweep the dollar rain until all videos for social media are completed.

Therefore, these so called African Motivational Speakers do have a point. There are rich people and rich neighborhoods in Africa. It will be too selective to see foreigners taking pictures of only shanty communities or ghettoes as one of the Speakers complained. Haba, there are Africans living better than most people in Europe and Americas!

Similarly, there are many corrupt people everywhere in the world, not only in Africa. Actually, one governor (wey nor get shame sef) even emphasized that corruption is not an African word. Those of us labelling African politicians as floating in corruption may be jealous because, given the same opportunities, we would be more corrupt than these politicians we criticize daily. So, Ai beg, make una go sidon jor!

Please note, not all Africans are perversely corrupt or got rich on oil blogs. There used to be a time that no African would dare steal money in his local area out of shame and repercussions on the family. Today any allocation for: workers’ salaries, a village, town and state are not safe in Nigeria. It has become a game of who has first access. When we are talking of looting 100% of Billions allocation, no looter dares it, except in Nigeria!

It is true that many politicians around the world are corrupt and would do anything once they obtain power, even without majority votes. They can even suspend the Parliament as Boris Johnson did in Britain obtaining the Queen’s blessings; and he almost got away with it until the Court overruled. If that happened in an African country, we would see laughter, jesters and folks that were bred in democracy calling Africans uncivilized.

They dictate our economy and will continue to do so until we go cold turkey on foreign goods and services especially their plastic. They lured us into Structural Adjustment and later apologized because they did not take sociocultural values into consideration. Yet, they came in a different way, asking for Devaluations that everyone knew we can never recover from. We must learn how to make Intra-Africa Trade the rule of the new day.

When was the last time you heard about “it takes a village to raise a child” or “Africans are our brothers’ keepers”? While we have “Esusu” means of monthly contribution to expand and modernize, we adopted small loans practice of Asia and “Trader Moni” we know many people will not pay back. Everyone wants money from the government for his inventions that should be encouraged by “Esusu”. Moneybags could sponsor most.

Intra-African Trade have problems of its own as demonstrated by Nigeria closing its borders to protect it from banned imported goods but smuggled inside by neighboring countries. No country should import more goods than it needs from the same foreign countries we are running from, for sale in other African countries to defeat their efforts to encourage local production. It is not Intra-African Trade but sabotage pure and simple!

Unfortunately, genuine goods and services produced in neighboring countries would suffer as collateral damage until lessons are learned and complications of intra Africa Trade sorted out. African countries need one another before we can wean out of the dependency on overseas unfair and exploitative trade practices. While we indulged and love foreign goods, African goods and services are yet to penetrate world trade markets.

If there is any lesson other Africans can learn from Nigeria, it is that money no matter how much, can never make a country rich as long as there are Vultures as saboteur couriers for foreign partners holding their noses from the stench. Oil income became a curse for foreign consumption, acrimonies and loss of morale fiber in our communities. Many without access to oil money turned to other crimes to keep up with Sule, Tunde and Chukwu.

The author has 545 publications published on Modern Ghana.