Allowance Issue Is A ‘Natural Cause’ – NABCO Boss 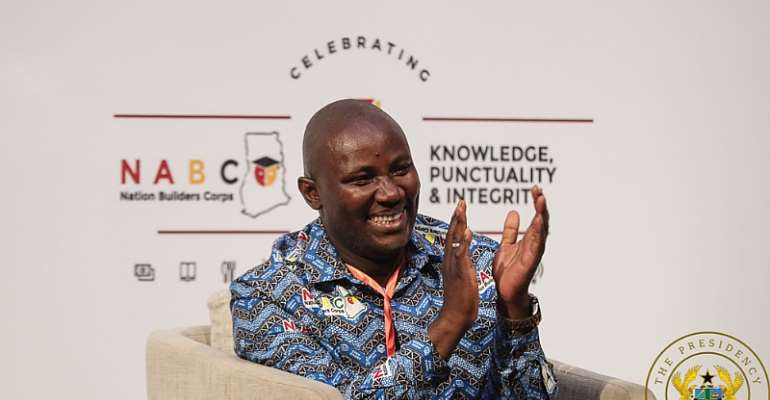 The issues of non-payment of allowances that have plagued the implementation of the Nations Builders Corps (NABCO) are just natural, Chief Executive Officer (CEO), Dr. Ibrahim Anyass has said.

According to Dr. Ibrahim Anyass, circumstances such as incomplete records on the part of some recruits genuinely hindered the payment process.

His explanation comes at a time where hundreds of beneficiaries of the program are threatening to hold protests again because they have not been paid for work done months after being enrolled on to the scheme.

Speaking on Eyewitness News, Dr. Anyass said complaints about the non-payment of allowances emanate from the usual mechanical hitches associated with the initial implementation of any particular support system.

“One will be naïve to think that, you can have a new creation such as the Nation Builders Corps on such scale and extension and not have issues or challenges. For us, we just see this as natural to the implementation of the program. Some circumstances present themselves for people to relocate. These issues are natural because this is a human institution and so people had to move and they find that they were stuck with the data. Those were just mere implementation stage issues but as we speak most of those issues have been resolved,” he said.

Dr. Anyass also noted that despite these setbacks, all allowances due trainees are being paid.

He added that the government does not have any outstanding arrears to settle the beneficiaries.

“Part of the arrangement was to support them with the stipends whilst they were on the program but very specific issues came up including data issues. For every particular issue that relates to payment, a trainee will know what the issue is if you probe them further on the non-payment. Some may be data or technical related issues affecting them. The payments are being made. There is no interest whatsoever because government doesn't actually owe.”

Some beneficiaries of the NABCO say the initiative has significantly impacted their livelihoods and has adequately prepared them for the job market.

Aside from the positive testimonies, the non-payments of allowances continue to be one of the major challenges that beneficiaries of the program are saddled with.

Left with frustration, these trainees have usually used demonstrations to impress on the government to address their concerns.