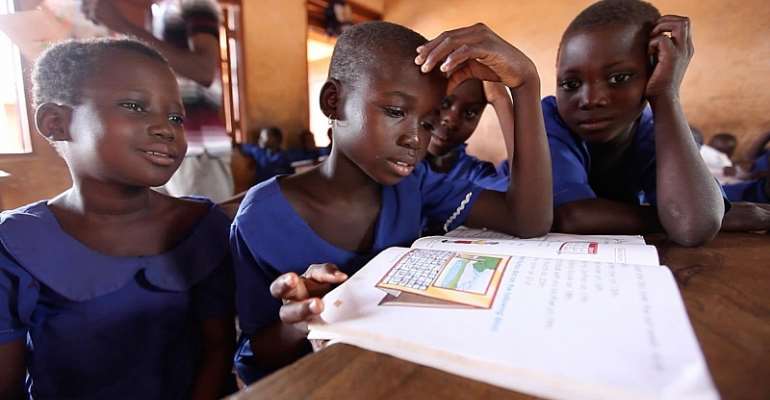 The World Bank as part of its celebration of the International Day for Eradication of Poverty has declared its intention to combat "Learning Poverty" which is gradually swallowing poor countries.

According to research by a World Bank team, at least 53% of all children in low and middle-income countries are not able to read proficiently by age 10 or even at age 12 when they are tested.

In sub-Sahara Africa, learning poverty is close to 87%, or nearly seven times as high as the 13% rate found in the World Bank client countries in Europe and Central Asia.

Ghana is disappointingly ranked 116 out of 154 countries on the Human Capital Index which is used to measure and highlight the improvement in education as well as other areas.

With all these scary statistics in mind, the World Bank has declared war against ‘Learning Poverty’ and has planned to collaborate with countries to ensure that the number of children under 10 years who cannot read is halved by 2030.

They are confident the target is achievable but insists it will only be possible if the low and middle-income countries match the rapid improvers. Thus putting the right measures in place and performing like a nation that urgently wants to deal with learning poverty.

Speaking at an event organized by the World Bank Office in collaboration with the United Nations ((UN) to mark the ‘International Day For Eradication Of Poverty’ in Accra on Thursday, Dr. Beatrice Allah-Mensah who is the acting country manager for World Bank stressed on the need to work towards the set target whiles touching on the adverse effects of learning poverty on countries.

“Failing to address learning poverty will not only result in wasted potential amongst our youth, it will negatively impact a country’s future workforce and economic competitiveness”, she said.

On her part, Ghana’s Deputy Minister of Education, Hon. Gifty Twum Ampofo assured that government through her sector is ready and committed to doing the needful in order to get every child to read and understand by the age of ten

Meanwhile, the World Bank has called on all stakeholders including parents, policy-makers, teachers, principals of schools, education officials, and students to join heads and achieve the set target.