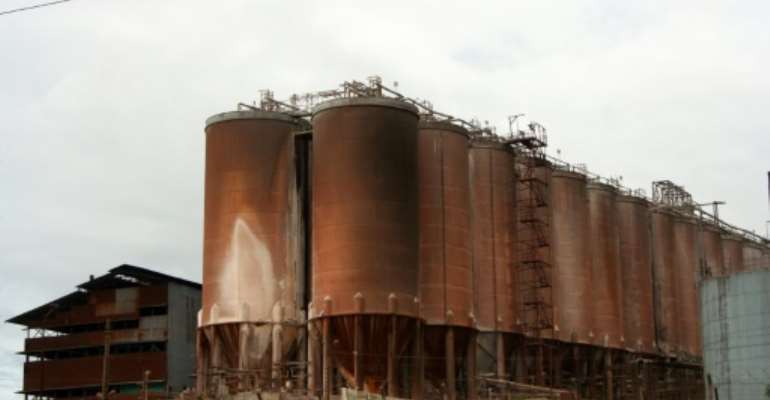 Aluminium giant Rusal has decided to reopen an aluminium refinery in Guinea closed since 2012. By CELLOU BINANI (AFP/File)

While Russia has traditionally focused on arms and grain exports to Africa, it is now looking to broaden its activities and influence.

Here are four sectors likely to be discussed at the Russia-Africa Summit set for next Wednesday and Thursday in the Black Sea resort of Sochi.

Russia is one of the world's top hydrocarbon producers and exporters through energy giants like Gazprom, Rosneft and Lukoil.

But with 65 percent of its territory covered with permafrost, exploration and extraction are costly, so Russia is eyeing up promising reserves in Africa.

Gazprom is working in Algeria, where it has discovered three gas fields, as well as in Libya, though its activities there have largely stalled since the war in 2011. The group is also interested in taking part in a project to build a gas pipeline linking Nigeria to Europe via Algeria.

Lukoil recently discovered a number of oil and gas deposits in Ghana, Nigeria, Cameroon and Egypt.

For its part, Rosneft is investing in Egypt's huge Zohr offshore gas field and is set to be involved in some 20 projects with Nigeria's Oranto Petroleum energy group.

Africa is almost entirely lacking in atomic energy, with just one nuclear power station on the whole continent, in South Africa.

So far only Egypt has signed an agreement to build a station, one with four reactors at Dabaa on the Mediterranean coast by 2028 or 2029.

The cost of $10 million (nine million euros) to $20 million per plant could be prohibitive, but Rosatom says countries including Rwanda are showing "great interest" in smaller-capacity, less expensive nuclear power stations.

Rich in mineral resources, Russia has significant expertise in extraction that could be deployed in other countries.

The world's top diamond producer, Russia's Alrosa, founded the Catoca mine in Angola in 2003. The Russians even built a hydroelectric power station to provide electricity for its operations. Since 2014 Alrosa has also been searching for new deposits in the country.

Alrosa this year announced it will also start mining activities in Zimbabwe.

Aluminium giant Rusal, formerly a target of US sanctions, is meanwhile mining bauxite in Guinea and has decided to reopen an aluminium refinery there closed since 2012.

Groups such as Norilsk Nickel, Severstal, Nordgold and Ferrum Mining are present in Madagascar, Guinea, South Africa and Burkina Faso.

A massive slump in Russia's birthrate after the breakup of the Soviet Union has decimated the number of young people looking to study or join the workforce.

As it looks to fill empty seats in universities, Africa could provide a steady stream of students.

Charles Robertson, chief economist at Renaissance Capital, estimates that the number of Russian students has fallen by 40 percent in the last decade.

"There are no young Russian people any more, so how do you fill up those universities? You bring in African students."

This will also bring Russia "a very subtle long-term benefit" in business dealings with Africa, he said.

"People are more willing to do trade deals with a country that they know, that they've been to."

Although the number of African students at Russian universities, at around 5,000, remains much lower than during the Soviet era, it has doubled in the last 10 years and is expected to grow.