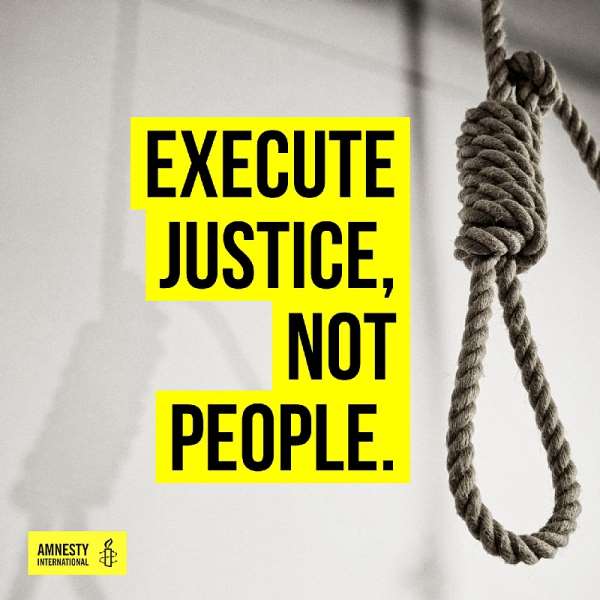 "For centuries the death penalty, often accompanied by barbarous refinements, has been trying to hold crime in check; yet crime persists. Why? Because the instincts that are warring in man are not, as the law claims, constant forces in a state of equilibrium." - Albert Camus ( second youngest Nobel Peace Prize for literature recipient in history)

It is baffling and thought-provoking to consider that Ghana of all countries has not abolished the death penalty, considering how hospital and welcoming we are as a country. Although indeed Ghana is an abolition country in practice it still contains in its books the death penalty and this is very worrying because it means that on any day the president can sign an Executive Order for the inmates on death row to be executed.

Ghana has not executed anyone on death row since July 17, 1993 after the execution of some 19 prisoners on that day and as at now, there are a total number of about 180 inmates locked up and forgotten, waiting to die and ready to be executed any time the government wishes. Although no government has mustered the courage to execute the inmates, the UN Special Rapporteur on torture and other cruel, inhuman and degrading treatment or punishment noted in 2014 that several inmates on death row "show[ed] signs of severe mental and physical trauma."

An Amnesty International research into life on death row in Ghana, as captured on their death penalty report; Locked Up and Forgotten: the need to abolish the death penalty in Ghana, showed that many of the inmates have "been convicted after trials where they did not receive proper legal representation. Most of the death row prisoners told researchers that they had ineffective legal representation during their trials." Some did not even have the opportunity to meet their lawyers in order to prepare their case.

In December 2011, the Constitution Review Commission under the Chairmanship of Professor Albert Fiadjoe, an elite Professor of Law at the University of West Indies submitted a report to government recommending the replacement of the death penalty with life imprisonment without parole, which is a stiffer penalty than the current practice. Among the reasons it cited for its recommendation were the irreversible consequences of executing wrongfully-convicted individuals, the failure of the death penalty as a deterrent, the barbaric nature of the punishment, the fact that executions do not necessarily provide closure to victims’ families, the arbitrariness of the punishment, the dehumanizing effect of executions, and the need to focus instead on rehabilitation. Yet in 2014, the then government rejected the recommendation of the Constitutional Review Implementation Committee to abolish the death penalty, or to adopt a formal interim moratorium on executions, or yet still, to ratify the ICCPR-OP2.

When asked specifically about abolition of the death penalty for murder, 61.7% expressed support for abolition while 39.3% opposed abolition for murder. Other significant findings include the fact that the public has very limited knowledge of the type of crimes that attract the death penalty and that a high level of education is correlated with higher support for abolition. The study found no evidence that abolition would have a backlash effect in the form of vigilante violence in the country.

So now this research, and stance by government begs these few questions;

I do believe that all conditions have been met and the time is right for the government to take steps to abolish the death penalty in Ghana. But for the mean time, we shall continue to appeal, petition and do all we can in our power and our might to make sure that the death penalty is totally abolished or a moratorium is declared on executions on the country.

Indeed, we want the death penalty abolished. When do we want it? Now!!!