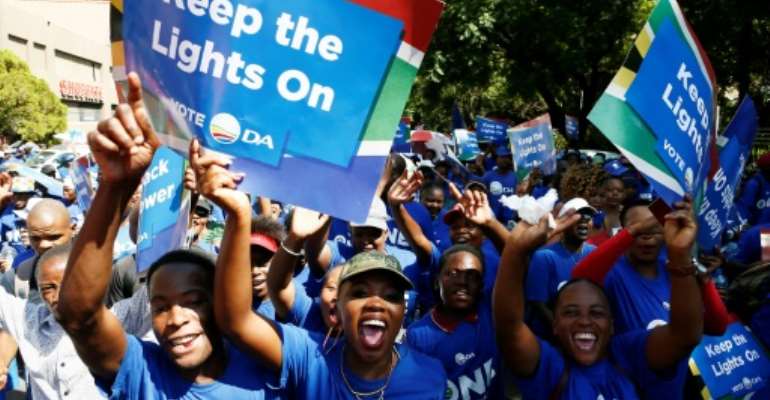 South Africa's deputy president apologised Thursday for rolling blackouts that could pose a threat to the fragile economy of the continent's most industrialised nation.

The second day of scheduled power rationing -- known as load shedding -- came ahead of a key ratings agency decision on the country's investment grade.

Embattled state-owned utility Eskom, which generates around 95 percent of the country's electricity, has long struggled to produce power due to ageing infrastructure and decades of mismanagement.

Businesses and even some school examinations faced power interruptions on Thursday due to the load-shedding, which is being implemented from 9:00am to 11:00pm (0700 to 2100 GMT) over the next week.

"I think we must on behalf of the government apologise to all businesses, students that could not write (exams)," Deputy President David Mabuza told parliament in Cape Town.

"We are looking at the problems that have affected Eskom and we want to assure South Africans that this problem will be attended to and we will come back to normality."

Eskom announced the stage two load-shedding on Wednesday saying it was "in order to protect the power system from a total collapse."

Mabuza said that ageing power stations, such as the 49-year-old Hendrina plant in the northeastern Mpumalanga province, had contributed to production capacity dropping from 47,000 megawatts to almost 35,000 megawatts in recent years.

There had been some signs recently that the country's economy was rebounding, notching 3.1 percent growth in the second quarter of this year.

Mabuza said steps were being taken to improve the viability of state-owned entities like Eskom, including an "Integrated Resource Plan" approved by cabinet this week.

The plan aims for the country to have a broader "energy mix", and involves Eskom being restructured into three entities.

Eskom has accumulated $30 billion in debt despite receiving multiple bailouts from the government.

Bawumia to deliver keynote address at Nottingham University ...
11 minutes ago