Well Done Ursula, But Please, Press On For More! 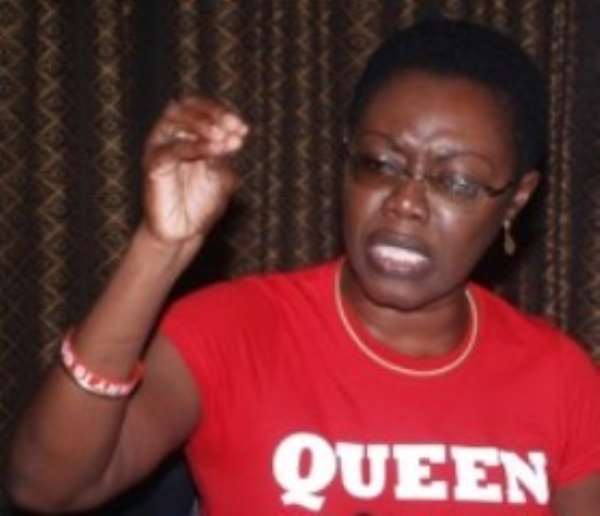 I was extremely pleased to read that the Ghana Ministry of Communications had directed the Telecommunications companies (TELCOS) “to roll over all unused data and voice bundles purchased by customers.”

This will mean that unused data and credit will no longer EXPIRE.

“All unused data and voice bundles purchased by subscribers [must] not expire [but] must be rolled over with the next recharge,” a statement from the Ministry said. I feel exultant, for I have advocated this in quite a few articles in the past.

There was an additional directive from the Ministry to the TELCOS about “the instant deduction of the Communications Service Tax “. I am sure the customers of the TELCOS will appreciate that too. But the abolition of peremptory and arbitrary “expiration” of credit will be the most welcome move from the Ministry.

The TELCOS have been allowed to do what they like for far too long. They confuse customers with too many rules that are difficult to master. The opaqueness forces their customers to make mistakes. And when the

customers make mistakes, they usually end up paying for a service they haven't been able to use.

I once complained in an article that I was being driven to near-lunacy by a TELCO’s system of “bundling” purchases. Having just arrived in the country, I was not yet in a position to take out a monthly/yearly subscription, and so was using the pay-as-you-go system. But that meant steering through about 9 different offers, none of which I was familiar with!

When I bought "credit", it usually got finished earlier than I had anticipated. When I checked my “balance”, I would find that there were separate items on it! I might have a large amount of unused “data” left, and yet be unable to make a telephone call. Or vice versa!

Now, in the modern age, one becomes completely useless if one is unable to connect to the Internet. So I wrote a piece pleading that the companies introduce a single UNIVERSAL CREDIT system so that as long as one had CREDIT, one would never be cut off from using voice communications, text or the Internet.

My plea fell on deaf ears, of course, for the TELCOS would probably lose some of their huge profits if such a simple system were to be pout into operation.

So, I am now sure, some of my unused credit must have been made to “expire”, whilst I was not looking! I mean, how could I possibly remember that credit I bought was for one week, two weeks, 30 days or whatever? Anyway, what is the necessity for the time-period? Should customers be driven to distraction by being peremptorily cut off when they know they had paid a large sum to the TELCO but the credit has been wrongly "BUNDLED"? When did the TELCOS hold an educational seminar for would-be customers? Is that even practicable at all?

To be sure, it is not only Ghana TELCOS that deliberately confuse their customers in order to make excessive profits. In the UK recently, I found I couldn’t use my phone because although I’d been told that my company had a counterpart there, I could not obtain service [“roam”] with it there. Apparently, “roaming” has to be “applied for” in advance or something.

Yet a company I had used once had seamlessly welcomed me from country to country -- automatically!

Never mind: I bought a new SIM card and put in “credit”. Thank God it lasted a long time. But when I needed to top up, it didn’t work! When I phoned Customer Service, I was made to “hold” for a long time. In the end, they told me their system had recorded that I’d used up the data! So I was a liar, in addition to being cheated? Why would I take the trouble to phone them and be made to waste time waiting, if I’d used the data?

I went and bought a new SIM card from another company. That one has worked so far without a hitch. That's because when I want to top up, I travel physically to a shop operated by the company.

I really hope the Ministry of Communications would force the National Communications Commission to promote a realistic dialogue between the TELCOS and stake-holders, to simplify our systems.

At the moment, it looks as if the companies can do what they like. They get away with it because many of their more influential customers use mobiles provided by their establishments, and so don’t have to go through the hassles placed in the way of customers who cannot afford a regular subscription service.I understand there are about 30 million customers or so who depend on Ghanaian TELCOS. How many of these can afford to have the expert services that "BUNDLING" requires? If someone like me whose livelihood depends on being able to communicate is finding it so difficult to use the services of the TELCOS, it can only mean that the systems are not fit for purpose. Credit "expired!" Why, for God's sake?

That the Minister of Communications has had to step into the matter herself -- despite the existence of a so-called regulatory body, i.e. the National Communications Commission – means the Commission must sit up.

The Minister would do well not to rest on her laurels but follow this matter up vigorously. For the TELCOS are virtually a cartel. They all use software systems evolved in the so-called "advanced" countries, where the clientele is tech-savvy and so can usually distinguish between bundles, or packages, or plans and what have you. Imposing this software on us without taking note of our peculiar circumstances, is just plain lazy. I suspect it is deliberate way of obfuscating a system in order to make more money from it than is legitimately allowed. In other countries, regulatory bodies and consumer watchdogs would put an end to that pronto. But in Ghana, there is much incest going on between regulatory bodies and service providers that regulation has become a word of cruel fun.

So, well done, Ursula. Please don't stop until you are able bring in total transparency.

1-week bundle; two-week bundle; 30-day bundle; data; voice; "text”; "bonus” bundles; etcetera -- who cares? Is all those things and distinctions necessary in this age of Artficial Intelligence? Why should “mobile data” become exhausted “in the background”, when you haven’t actually been using it? Who but a very mean mind would create a system that “expires”, or “kills”, your credit when it has not been used?

The proliferation of complex “data bundles”, I repeat, is a deliberate ploy to tax the impatience and/or ignorance of customers! Credit should mean credit! No?

Good on you, Ursula! Predators should be curbed! Or all our money will be sucked away to enrich foreign interests and their symbiotic, local parasites.