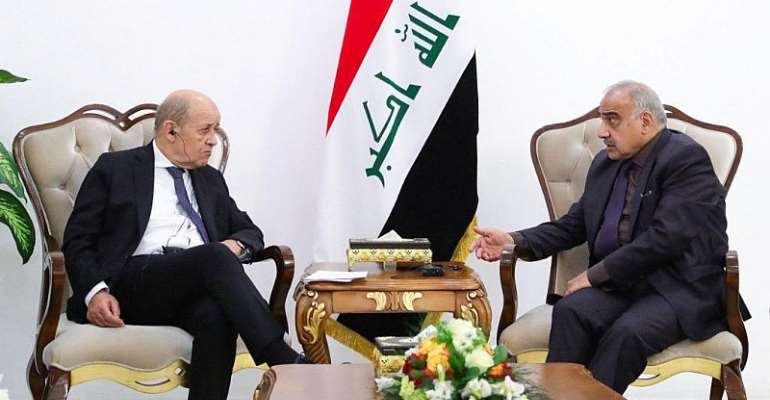 European countries want to move thousands of foreign militants out of prison camps in Syria, where a Turkish offensive has spurred fears that some of the 12,000 suspected jihadists will escape detention.

Le Drian said he and Iraqi leaders discussed the implementation of an “appropriate judicial mechanism" to try French and other fighters currently being held by Syrian Kurds.

One sticking point will be Iraq's use of the death penalty, which is banned in the EU. Earlier this year, 11 French jihadists handed to Iraqi authorities were sentenced to death by a court in Baghdad.

The Iraqi government is seeking millions of dollars in financial compensation for taking European fighters.

FixingTheCountry Movement to march in support of Akufo-Addo'...
4 minutes ago