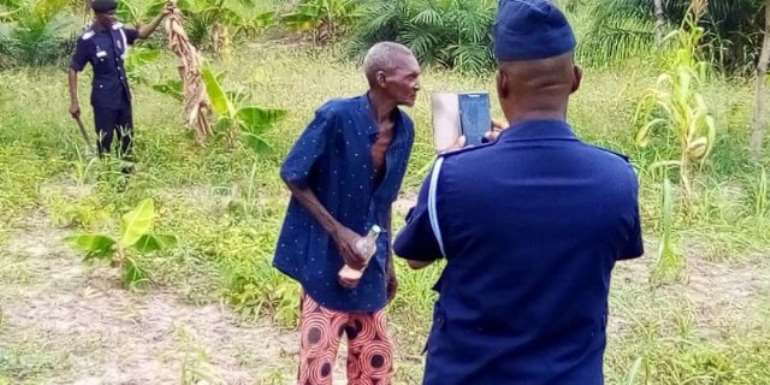 77-year-old suspect, Opanin Kwadwo Sampene on the farm after his arrest

A 77-year-old man has been nabbed on a marijuana farm at Mem, a suburb of Atebeubu in the Bono East region.

The suspect, Opanin Kwadwo Sampene was arrested following a tip-off from a resident about the farm.

A police contingent led by the District Commander Chief Supt. Bright Boafo made the arrest.

The suspect, Kwadwo Sampene reportedly told the police that he has been smoking marijuana for sixty years.

He said since he has no means of earning a living, he decided to cultivate and sell marijuana to earn some money.

The weed farm was set ablaze by the police personnel.

Meanwhile, the suspect is assisting the police with further investigations. 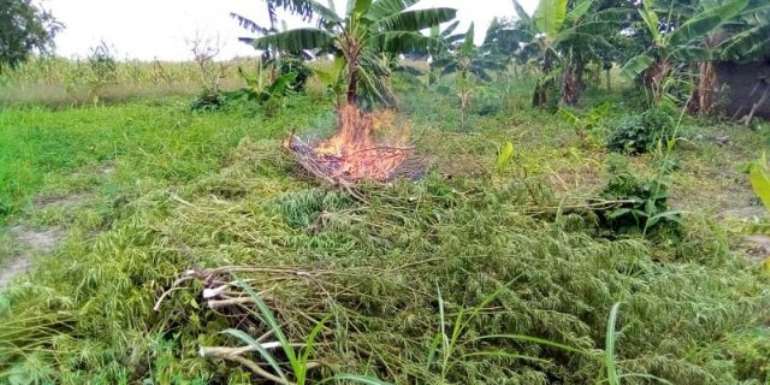