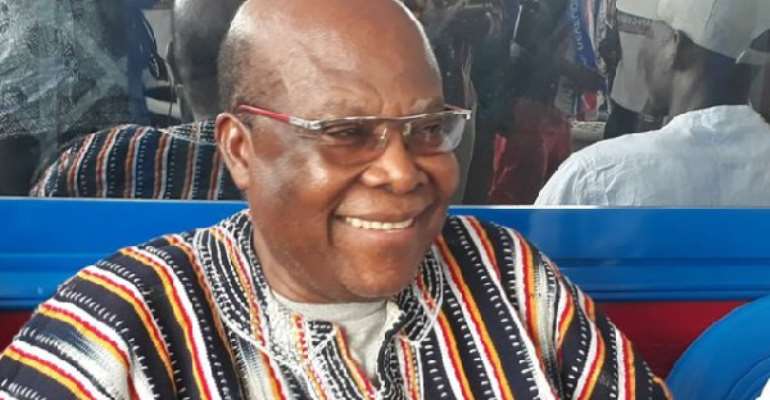 A 45-year-old boxer Ebenezer Mawuli Ayivor accused of having sex with an 11-year-old girl at Otordzo, near Dansoman in Accra has been admitted to bail by an Accra circuit court.

He was admitted to bail in the sum of 20,000.00 with three sureties one to be a public servant.

Charged with defilement, Ayivor popularly known as ‘Godfather’, has pleaded not guilty before the court presided over by Rita Abrokwah-Doko.

Prosecuting Deputy Superintendent of Police (DSP) Agnes Boafo, earlier on narrated that the mother of the victim is the complainant. The complainant and the victim reside at Otordzo, a suburb of Dansoman and Ayivor resides in the same house with them.

DSP Boafo said on September 14, this year, at about 10:00 am the complainant’s son fell ill and was admitted at the Ridge Hospital in Accra.

Prosecution said at about 1900 hours, the complainant called Ayivor on his cell phone and informed him that her son had been admitted at the hospital and that he should give the victim GHS5 to purchase food and Ayivor obliged.

DSP Boafo said after the victim had finished eating, Ayivor informed her (the victim) that the complainant had told him to allow her sleep in his room.

Prosecution said while the victim was sleeping in his room, Ayivor had sex with her after covering her mouth with a pillow.

Prosecution said during the ensuing struggle between Ayivor and the victim before the sexual act, the victim closed her thighs and Ayivor used a stick to beat her and she sustained some injuries on her left thigh.

On September 15, 2019, when the complainant returned home, she saw the victim crying and when she questioned her, she narrated her ordeal to the complainant.

A report was made to the Police at Dansoman and a medical form was issued to the complainant to seek treatment for the victim. Ayivor was later picked up by the Police.

A prima facie determination as a pre-condition for removing ...
5 minutes ago