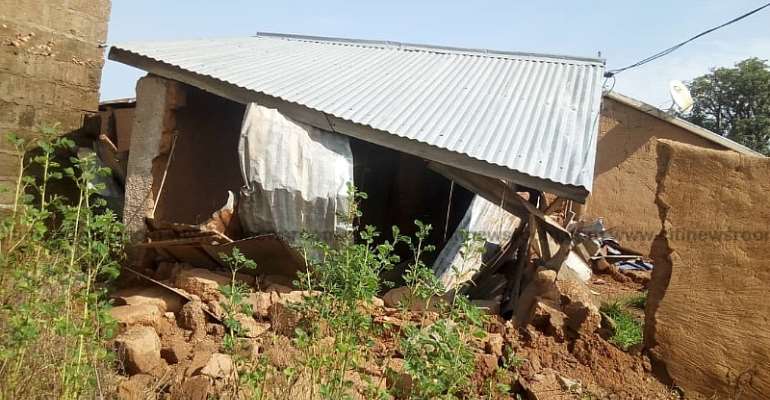 The Deputy Regional Minister for the Upper East Region, Frank Adongo Fuseini says the recent torrential rains recorded in the region came as a surprise to them.

He said although the Ghana Meteorological agency predicted the rains, it delayed hence adequate contingency measures were not put in place.

Twenty-seven persons have been reported dead and nineteen injured after a week of torrential rains in the Upper East Region.

Speaking on Eyewitness News, the Deputy Regional Minister said the rains took them off guard.

“We had warnings from the National Security and the Ghana Meteo Agency many months ago. It came late because the time that we expected that the rains would come, it didn’t come so this one took us by surprise,” he said.

He added that the Regional Coordinating Council may have to seek external support if the rains continue since the local National Disaster Management Organization (NADMO) office lacks certain basic logistics to help them protect or save lives.

“The NADMO officials are still on standby because some of the rivers are still full to capacity. We have logistical constraints in terms of rescue operations. We are still trying to assess the situation to see if the rains will come again. If it doesn’t, then we will be able to contain the situation but if we receive a warning from Meteo about more rains then we will have to ask for external support”.

“In the Builsa North, we have recorded three deaths. One death is as a result of drowning in a river and the two were as a result of a building collapsing on them. Two deaths were also recorded in Navrongo but most of the casualties are in the Kassena Nankana West where we have recorded more than 13 deaths and one in Binduri. Our attention was also drawn to seven other deaths. So currently we have 27 deaths now. And the injured are 19.”

He added that some of the injured persons are still in the hospital while others have been discharged.

The Upper East Regional NADMO Coordinator noted that a total of 286 houses also collapsed and “impartial or incomplete collapsing is 1,278.”

He said they are looking forward to receiving more relief items to augment the little that they have in order to help the victims survive.

“We are still collecting data to be able to classify all these people; by males, females, and children, that is the only way we can effectively apply relief items. Currently, we are giving out mats and blankets but very soon we expect better relief items in the form of cement, roofing sheets among others so that we can house the victims properly”.