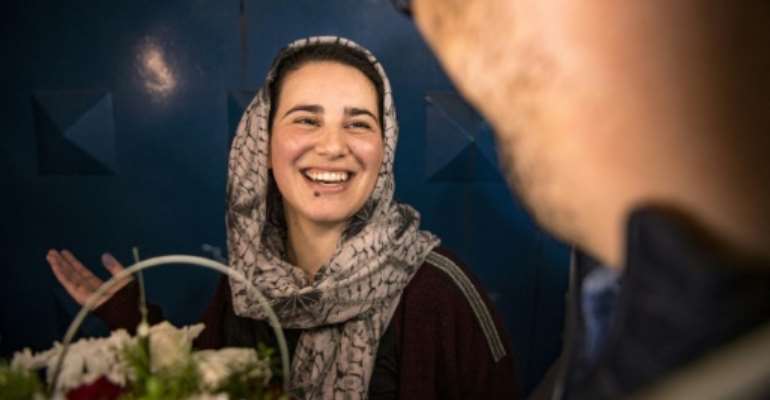 Moroccan journalist Hajar Raissouni says she hopes her "unjust" imprisonment for abortion and extramarital sex will spur their decriminalisation in the North African kingdom. By FADEL SENNA (AFP)

A Moroccan journalist, who walked free from a jail sentence for extramarital sex and an illegal abortion, says she hopes her case will spur a change in the law.

Hajar Raissouni insisted she was innocent of the abortion charge, as she did throughout the trial, saying she had sought treatment for internal bleeding.

She told AFP Wednesday after a pardon granted by King Mohammed VI to herself, her fiance and her medical team, that it had "put right an unjust process".

"I am innocent... I was subjected to a gross injustice and a terrible assault," she said.

Raissouni, 28, was sentenced on September 30, along with her Sudanese fiance, a gynaecologist, anaesthetist and a medical assistant, in a case that provoked a storm of protests from human rights

A government source told AFP the pardon was granted "without entering into the debate that is sovereign to Moroccan citizens on the evolution of their society and in which, regrettably, certain foreigners, intellectuals, media and NGOs invited themselves to take part".

Raissouni said she considered the debate her case has raised in the North African country to be "healthy and useful".

She said she hoped her case would "serve as an engine" for the decriminalisation of abortion and extramarital sex.

She called for other offences currently punishable by prison in Morocco to be decriminalised too, including gay sex and eating in public during the daytime fast observed by Muslims during the holy month of Ramadan.

"I have always defended respect for individual freedoms particularly as cases linked to such freedoms can be used against public figures or human rights defenders."