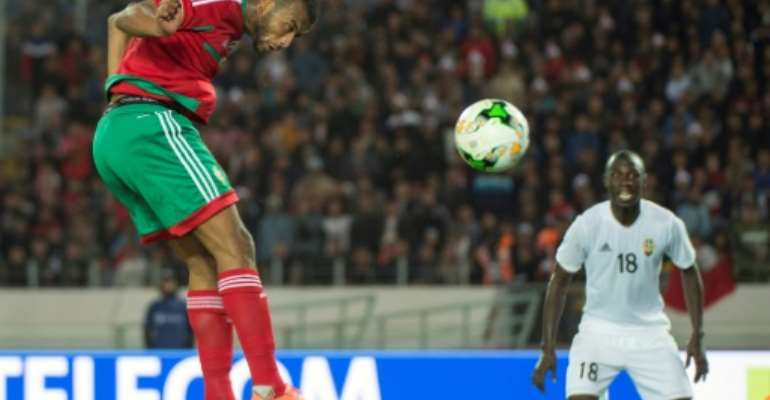 The countries clash Saturday in Lagos and the hosts must scored at least three goals to have a chance of winning the final round qualifier and reaching the tournament a fourth consecutive time.

Sunusi Ibrahim gave Nigeria an early first leg lead in Lome last month before his team were overpowered by opponents seeking a first appearance at a competition restricted to home-based stars.

Richard Nane was the tormentor-in-chief for the underdogs, bagging a brace, while Tchakai Marouf and Agoro Achraf also scored.

But Amapakabo refuses to abandon hope, believing clinical finishing can rescue a tie 2018 runners-up Nigeria were expected to win comfortably.

"I have been drumming into the ears of my players that we cannot afford to fail," he said ahead of the standout fixture among 15 to be played between Friday and Sunday.

"Togo won 4-1 on their ground so who is to say that we cannot do better on our home ground? We cannot afford not to be at the African Nations Championship.

"We have to be focused and determined. Crucially, we must create scoring chances and put them away."

Explaining the first leg thrashing, Amapakabo said: "Our team was composed mainly of young players and they could not match the more experienced and technically gifted Togolese."

In previous Nations Championship qualifying competitions, Namibia came closest to overcoming a three-goal first leg loss, winning the second leg by the same score only to lose on penalties.

Qualifying is region based and all the West zone B matches produced shocks with Nigeria crumbling, Ghana losing 1-0 at home to Burkina Faso and the Ivory Coast falling 2-0 in Niger.

Ghana, runners-up twice in the past five editions of a competition carrying full international status and world rankings points, are facing a second successive exit to the Burkinabe.

They also lost at home two years ago before saving some pride, but not the tie, by drawing the return match in Ouagadougou.

Ivory Coast scored the only goal of a second leg against Niger in a 2018 qualifier to reach the finals on away goals, but must score at least twice this time to have any hope of survival.

Defending champions Morocco, who overwhelmed 10-man Nigeria 4-0 in the 2018 final to lift the trophy for the first time, host Algeria after a 0-0 first leg.

The trophy holders have received a double boost with the return of star forwards Ayoub el Kaabi and Mahmoud Benhalib, both of whom missed the first match through injury.

Then unknown internationally, El Kaabi was the star of the last tournament, scoring a record nine goals, including one of the four that crushed Nigeria.

His predatory instincts led to him being included in the Morocco 2018 World Cup squad and being sold to Hebei China Fortune, who have loaned him to Wydad Casablanca.

None of the Algeria 2019 Africa Cup of Nations-winning squad are eligible for the intriguing showdown in northeastern city Berkane as they all play for foreign clubs.

Hosts Cameroon automatically qualify for the biennial tournament that has been won by the Democratic Republic of Congo (twice), Tunisia, Libya and Morocco.