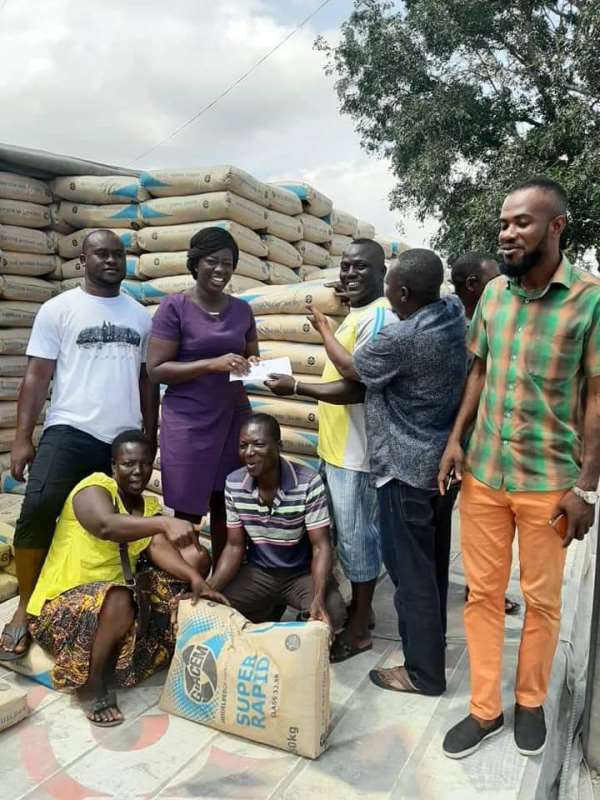 Sheila Bartels, a leading member of the New Patriotic Party has donated 50 bags of cement, and an unspecified amount of cash to aid efforts of the local citizens to repair a street in the Hindu Monastery Community.

The project which is being spearheaded by Mr Lewis Mawuko Anku, an aspiring assembly member for the area is meant to ease the flow of goods, essential services and human traffic into the community.

While presenting the items Ms. Sheila Bartels expressed her long standing commitment to the project and eagerness to see it succeed because it will bring relief to the ordinary citizens of the community.

In her opinion, such local initiatives deserves the support of all and sundry and she felt honored to be able to support Lewis and his team in this endeavor.

On his part, Mr Lewis Anku thanked Sheila Bartels for the donation and promised to ensure that it was channeled to the project in an efficient manner for best results.

He also promised to keep her updated on the progress of the project.

The donation which took place in front of Williepardo Enterprise, a hardware and building material sop in the same community was witnessed by other party stalwarts including Alhaji Adamu and Janet Boadiwaa.