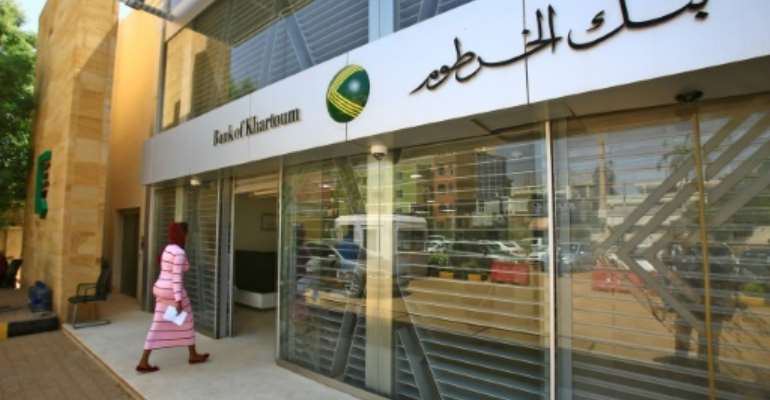 Four US diplomats on Wednesday opened accounts at a Sudanese bank for the first time in decades, as Khartoum seeks to draw international businesses back to the country to help revive the ailing economy.

In October 2017, the United States lifted its decades-old trade embargo on Sudan. But the move has so far failed to attract foreign investments, seen as vital to revive Sudan's economy hit hard by foreign currency shortages.

In December 2018 an economic crisis sparked a nationwide protest movement. The uprising eventually led to the ouster of longtime dictator Omar al-Bashir in April.

"We lifted economic sanctions in 2017 and we want to show that Sudan is open for business, that banks, international banks and businesses are welcome back here," Ellen Thorburn, deputy chief of mission at the US embassy in Khartoum told AFP after she opened her account at a branch of the Bank of Khartoum.

"The timing seemed right now with the civilian led transitional government and the changes that they are enacting," Thorburn said.

She also cited the "dramatic changes" Sudan has witnessed this year as an incentive.

With the ouster of Bashir, Sudan is now ruled by a joint civilian-military body, called the sovereign council, which is tasked with overseeing the country's transition to civilian rule.

Keith Hughes, public affairs officer at the US Embassy in Khartoum, opens an account at a branch of the Bank of Khartoum. By ASHRAF SHAZLY (AFP)

Washington has kept Sudan in its "state sponsors of terrorism list" along with Iran, Syria and North Korea.

Sudanese officials say this is still keeping international businesses away.