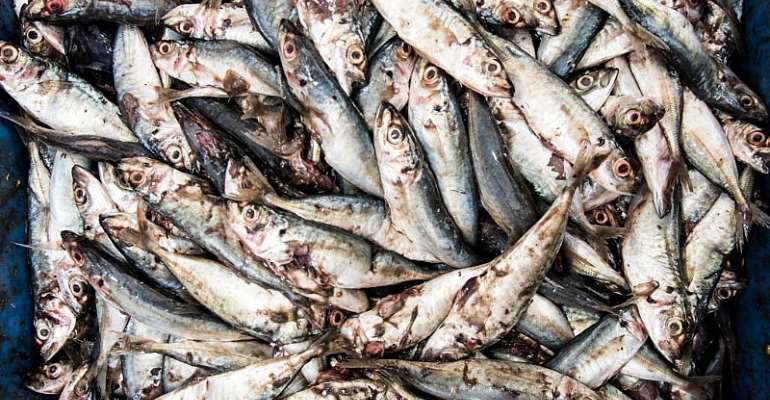 As countries mark World Food Day, a major global report has linked Europe's large appetite for premium prawns and salmon with the destruction of marine ecosystems in Africa and Asia.

Zeroing in on some of the world's poorest countries, the Dutch NGO Changing Markets found that fish stocks that local communities depend on to feed themselves were instead being diverted to feed farmed fish and animals.

“People go hungry if they aren't able to access a staple food such as fish,” says Changing Markets campaign manager Natasha Hurley – adding that about one-fifth of the world's wild fish catch is used for either aquaculture (fish farming) or agriculture.

Undercover investigators in India, Vietnam and The Gambia – global fishmeal and fish oil hubs – gathered what the report called “damning evidence” that aqua-feed used in the global aquaculture industry is “destroying fish stocks, marine ecosystems and traditional livelihoods as well as undermining the food security of vulnerable communities”.

Major supermarkets such as Monoprix, Leclerc and Super U in France, and Tesco, Sainsbury's and Marks and Spencer in Britain, were identified as selling farmed seafood products linked to the illegal and unsustainable aqua-feed supply chains.

Many products sourced in a way that was “devastating to the environment” are being labelled as sustainable, the report warned – adding that the certification body responsible for these labels was misleading retailers.

“The problem is that the marine ingredients organization IFFO (the International Fishmeal and Fish Oil Organisation) that is meant to oversee the industry is double-hatted – it's also a trade body,” explains Hurley.

“On the one hand they're defending the industry and on the other they're guaranteeing that the industry is adhering to responsible practices – and we see that as a pretty substantial conflict of interest.”

Both IFFO and the Scottish Salmon Producers Organisation (SSPO) have hit back at the report.

IFFO says raw material for fishmeal and fish oil comes increasingly from byproducts left over after fish have been processed, while the SSPO said none of the companies providing feed for its farm-raised salmon used ingredients from the Gambia, Vietnam or India.

“What we saw in Asia and Africa is a snapshot of a broader dynamic that's happening globally,” says Hurley. “It cannot be sustainable to be taking a fifth of the world's wild catch out of the sea to feed farmed seafood and farmed animals.

“The big aqua-feed companies need to be taking a long, hard look at what they put in aqua-feed – and that means removing anything based on fishmeal and fish oil from the markets.”