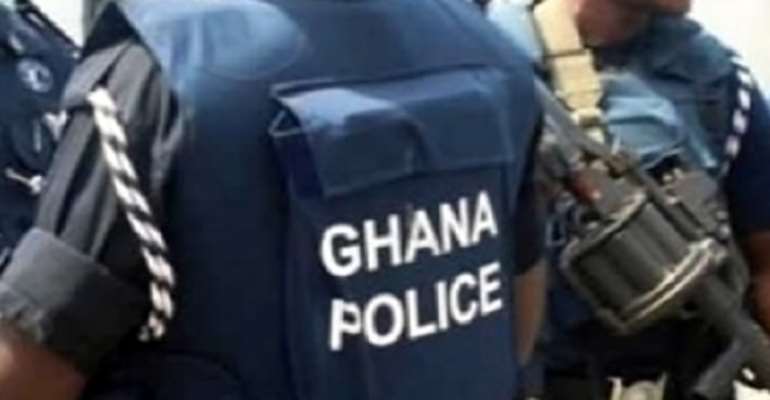 Kofi Ampomah, 33yrs, affectionately known as Barluso, met his untimely death on Wednesday after an alleged severe beaten meted out on him by the police on Tuesday.

According to eye witness account, the deceased was picked up Tuesday night together with another suspect during a routine police patrol duty carried out by the Asante Akim Divisional Police Patrol Team.

The police claim, the duo was in possession of Indian herb. However, community members disputed the claim and resisted the police from conveying them to the station.

This subsequently led to a misunderstanding between and the community members and the police. It is reported that in the attempt to resist the arrest, they begun to stone the officers.

They claim their resistance was as result of manhandling and the beatings being meted out on the suspects.

The police in return fired three warning shots to disperse the crowd taken the two into custody.

Members of the community this morning accused the police for the death of Kofi Ampomah upon information that he’s deceased.

The police has however deny the claims, saying the death is as a result of the stones.

According to them, the pelted stones hit the skull of the decease, bled profusely and died upon reaching the hospital.

The remains have been deposited in the morgue pending investigations.