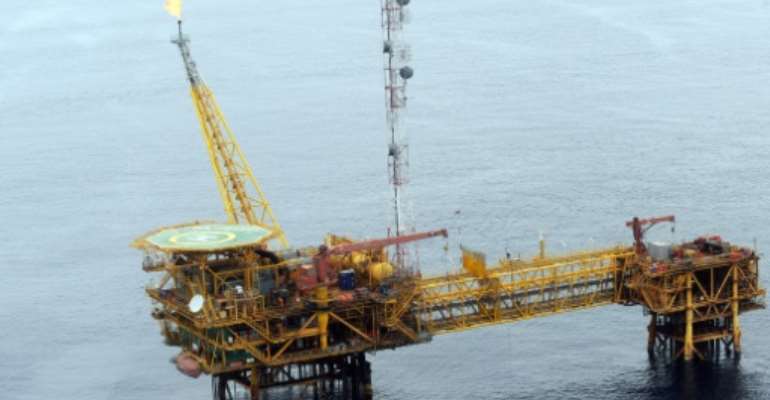 Nigeria, which depends heavily on oil revenues, is claiming it is owed billions by from oil producers. By PIUS UTOMI EKPEI (AFP/File)

Nigeria is looking to claim $62 billion from international oil firms for back revenues it says it is owed -- but even the country's own oil minister admits the government has little chance of success.

The eye-watering amount relates to a 1993 law governing production sharing agreements between the country and oil majors that said the revenue split should be reviewed if prices reached over $20 per barrel.

Despite the price of crude soaring above that point over the past two decades the division of spoils was never recalculated -- and Africa's biggest oil producer insists the time has come to pay up.

In October 2018, three oil-rich states in southern Nigeria won a court ruling obliging the central government to up its share of the revenues from the lucrative offshore fields.

When the law governing production-sharing contracts came into effect 26 years ago, foreign oil majors agreed to pay about 20 percent of revenues from deep offshore facilities to the government.

The authorities say that means they are owed funds -- and have come up with figure.

But the details of the claim remain sketchy and the way forward unclear.

Oil executives insist the companies are not liable for any back payments.

AFP has learnt that at least five cases are before the Nigerian high court challenging the claim.

Some of the world's biggest energy companies -- Shell, Exxon Mobil, Chevron Eni, Total and CNOOC -- extract most of the crude oil in Nigeria.

"These demands have no basis," a representative of one of the major oil firms told AFP on condition of anonymity.

"We have no idea how the government arrived at such an amount, it has not told us."

The executive said the companies were not involved in the case between the oil-producing regions and the government that resulted in the 2018 ruling.

"So we are not bound by this decision," the source said.

Nigerian officials say discussions have been opened with the companies but admit the claim is unlikely to go anywhere.

"We can maybe get something from them but not $62 billion," the oil minister, Timipre Sylva, said on Wednesday.

"It's an opportunity we have lost. We have already started discussions with them but that is what is clear that it is a lost opportunity really."

The claim against the oil majors is just the latest attempt by Nigeria's cash-strapped authorities to claw back money from major foreign firms.

President Muhammadu Buhari has made bolstering the country's revenues a priority as he struggles to plug a yawning deficit and boost limping growth following a painful recession.

In December 2018, MTN agreed to pay $53 million to resolve a row with Nigeria's telecoms regulator (NCC), after being accused of illegally repatriating $8.13 billion to South Africa.

Experts agreed that the authorities have little chance of extracting the sum.

"The government depends too much on the petrol companies to win this sort of fight," said an oil industry consultant based in London.

"It doesn't have the legal, political or economic power to force the oil majors to pay it billions retroactively."

For now, with cases pending in court, the authorities say the preliminary discussions with the companies are aimed at resolving the issue amicably.

"Negotiations have started at the highest level. Nigeria needs the international oil companies, it is not a case of controversy," a source at state-run Nigerian National Petroleum Corporation told AFP.

"We have to wait patiently to see what comes out if it."