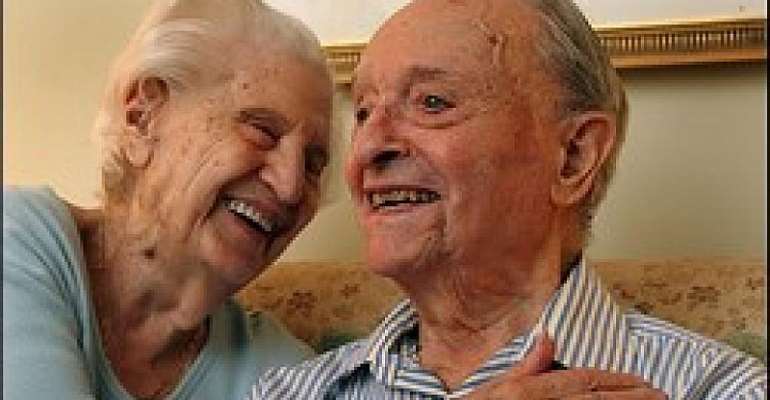 When France's oldest man passed away this week, an informal group of enthusiasts were able to provide an unofficial yet authoritative account of his significance and place among the country's oldest men and women.

When Roger Auvin passed away at the age of 111 this past Sunday, much information on the significance of his longevity came from Laurent Toussaint, a 52-year-old IT worker who lives near Bordeaux.

Toussaint was able to give the name of France's “new” oldest man, 110-year-old Marcel Meys, who is nonetheless five years younger than the country's oldest women, 115-year-old Lucille Randon.

He was not citing official figures, since France makes no official recognition of its oldest men and women, but rather information provided on the website Centenaires français, or French Centenarians, an unofficial but respected list kept by demography and longevity enthusiasts of all the people in France who are at least 105 years old.

“There are about 10 of us”, says Toussaint, the group's longest-serving member. “We share information, publish it online, and respond to journalists, families and local officials who want to know about the oldest men and women in their town, their region or the whole country.”

Toussaint says his hobby, which he has pursued for two decades, grew out of a childhood interest in sports records and statistics, especially in football, rugby and athletics.

Interest in longevity came as France's remaining survivors of the First World War were becoming “supercentenarians”, that is to say, reaching the age of 110 years.

Longevity press review
But with no official recognition of longevity, Toussaint and his fellow enthusiasts are unable to draw on official figures.

France does keep a national registry of births and deaths known as the RNIPP for purposes of running social services and keeping electoral lists, but personal details are strictly confidential and protected under privacy laws.

Instead, the French Centenarians group gathers its information in what is essentially an online press review, itself based on the interest that communities around the country take in their elders.

“Our only source of information is what's published online, mainly by local media whose journalists interview the oldest people living in the local retirement homes, in the town, et cetera,” Toussaint says.

“We've set up Google Alerts to monitor publications day-by-day, and then go through the information to update our lists. Our lists aren't exhaustive, because we don't have access to the national registry. We do the best we can with web searches.”

Record of accuracy
Toussaint estimates the group's research includes about 95 percent of those who attain an advanced age, based information released by the International Database of Longevity (IDL), run by an institute using anonymised official data from France and about a dozen other countries made available for statistical research.

“When we cross-check our database with that of the IDL, we see that every year we miss one or two supercentenarians,” he says.

“This is most often because the families are focussed on taking care of their elders and do not want attention of journalists or mayors. Since news of their advanced age is not made public, we're not aware of every case.”

Good reputation
While Toussaint is focussed on collecting data, others in the group are in contact with centenarians, their families and their communities, many of whom are interested in the group's work.

“The evening that Mr. Auvin passed away, his granddaughter informed one of our members about the passing of France's oldest man,” Toussaint says. “So, the first public notice of his passing was on our website.”

While the website is unlikely to win any awards for design aesthetics, the information it presents is thorough and recognised by professional researchers in demographics and longevity.

For instance, Toussaint describes sharing information with Jean-Marie Robine, a research professor who works on state-funded projects on longevity and who recently debunked a challenge to the record lifespan of Jeanne Calmert, a French woman who passed away at the age of 122 in 1997.

France 'not well placed'
Toussaint says France is in the middle of IDL countries when it comes to longevity statistics: “we're not well placed” in a field of demographics headed by Japan.

Comparing with data in the IDL shows France in the middle among European countries, where longevity rates tend to be higher in the Mediterranean region than in the north.

“What helps France is a large population in the French West Indies [in the Caribbean Sea], a sort of blue zone where people tend to live longer than in metropolitan France,” he says.