Tensions rise in Mozambique as vote counting under way 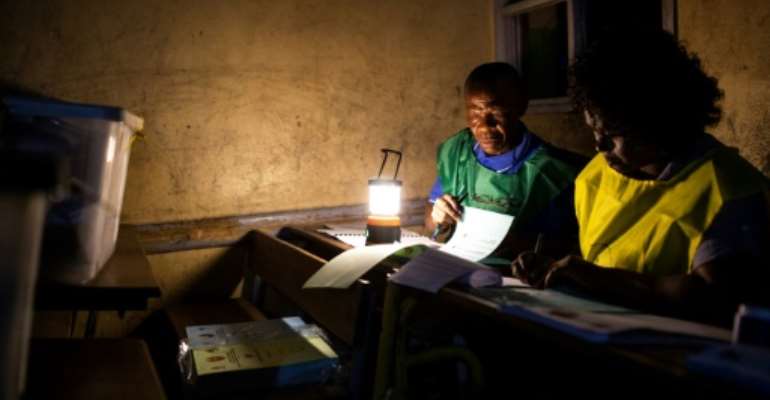 Mozambique's electoral commission meanwhile indicated it will not publish provisional tallies as it has previously. By PATRICK MEINHARDT (AFP)

Mozambique counted ballots Wednesday following its high-stakes election, as tensions spiked over claims of voting irregularities and concerns that results will not be revealed for days.

President Filipe Nyusi's Frelimo party, which has ruled the southern African country since independence from Portugal in 1975, is widely expected to win the polls held on Tuesday.

The vote has been seen as a key test of a peace deal sealed in August between Frelimo and Renamo, a former rebel group turned main opposition party.

"So far, from the issues that have been reported, we cannot say that the process has been 100 percent free and fair," Mulhovo told AFP.

He said that police had killed a voter in the eastern city of Nampula in circumstances that were still unclear. Government officials were not immediately able to confirm the incident.

Mozambique's electoral commission meanwhile indicated it will not publish provisional tallies as it has previously, only committing to releasing the final results within the mandated 15-day period after the vote.

"The more they delay publishing the results, the more you create lack of trust and risks of tensions," Mulhovo said.

"Most of the problems and irregularities happen after the vote, during the counting process."

"If these results are manipulated we will never accept them, we do not want a return to the problems of the past," he said.

Frelimo and Renamo fought a brutal civil war from 1975 to 1992, and an election campaign marred by violence raised fears that conflict could return to one of the world's poorest countries.

The peace deal signed between the two groups has come under pressure after an armed breakaway faction of Renamo rejected the agreement, spurned Momade's candidacy and vowed to attack campaign events.

As part of the deal, Frelimo agreed to relinquish some control after 44 years in power, by allowing voters to elect governors of the country's 10 provinces for the first time.

Renamo is expected to win control of at least three eastern provinces -- Tete, Nampula and Zambezia.

In all three provinces, Sala da Paz said there were instances of voters being caught with pre-marked ballots in favour of Frelimo on election day.

Before the vote, civil society groups estimated there were hundreds of thousands of "ghost voters" -- names not aligned with real, potential voters -- on the electoral roll.

Nyusi, said that more than 4,000 observers had been deployed across the country, the most in the country's history.

Frelimo entered the vote in an unusually weakened state.

It was revealed in 2016 that its government was secretly loaned $2 billion, sparking the worst financial crisis in Mozambique's history.

The "hidden debt" scandal uncovered a corruption network with close links to the regime, tarnishing the country in the eyes of donors and investors.

The government is also struggling to respond to a jihadist insurgency in the north which has delayed the development of vast gas reserves hoped to put billions in state coffers.

Around 13 million of Mozambique's population of 30 million citizens were registered to vote in the presidential, parliamentary and provincial elections.

Frelimo did not respond to AFP's requests for comment on the electoral process.