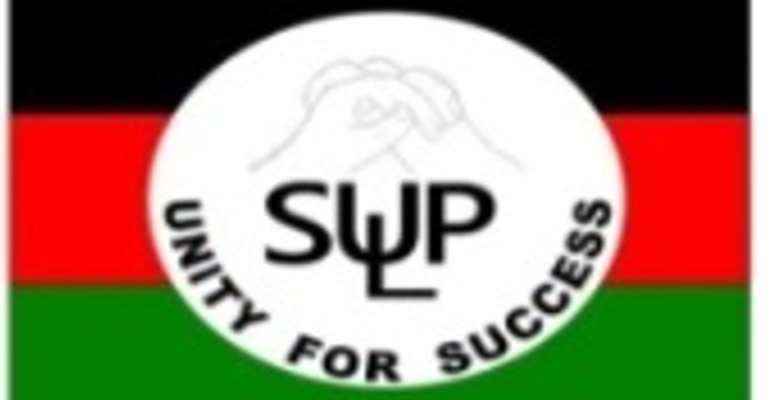 The Indomitable Vanguard Student Unification Party absolutely frowns on the reincarnation of dictatorship and ruthless attack on freedom of speech and assembly under the economically crumbling Administration of a very simple footballer George Weah. SUP categorically condemns the violent shutting down and closure of Roots FM owned by Mr. Henry Costa and other two media institutions by the Weah-led government and the arbitrary arrest of one of its militants Cde. Jeremiah B. Massaquoi. The violent shut down of Roots FM is not just a clamp down on free speech and freedom of the press but also a despicable and gruesome attack on our cherish democracy and a symptom of dictatorship. This clearly reechoes the dark days of Liberia where freedom of speech and assembly were taboo.

SUP wants to inform the government that its action to forcibly close media institutions is a gross violation of the Table Mountain Declaration and also breached of the just passed Abdullah Kamara free speech act which calls for the decriminalization of free speech. We are calling on the CDC led government to focus its attention on resuscitating the broken economy, payment of civil servants’ salaries, cleaning up the messy education system, reforming the health sector and transforming the deplorable living condition of the Liberian people rather than shutting down media institutions. This government continuous action to sabotage free speech violates the constitution of Liberia, the 1989 Universal Declaration of Human Rights, Articles 21 & 22 of the 1976 International Covenant on Civil and Political Rights, Articles 10 & 11 of the African Chapter on Human and People’s Rights; and this deeply undermines the very existence of the state.

The shutting down of Roots FM and its sister Radio stations will not stop SUP and other alternative voices from exposing the vices of corruption, bad governance and mass looting carry out by this bereft government at the detriment of the poverty stricken masses of Liberia. The closure of this station further exposes the weakness and incompetence of this government and proves that this government is gradually losing the confidence of the Liberian people.

The Vanguard Party has also learned that Roots FM was not only shut down but all of the equipment of the station including the transformer, antenna, keyboard and microphone was taken away. This is an act of burglary and vandalism and should be condemned by all well-meaning Liberian.

SUP also frowns on the Press Union of Liberia for refusing to condemn that act of burglary and vandalism and the subsequent closure of Roots FM and express utmost disappointment in the form and manner in which the PUL is proceeding with this matter. SUP also believes that the PUL is trending on a dangerous path by supporting government action of muzzling media institutions through criminal court orders. If the PUL can't protect media institutions in this country who else will protect them.

SUP is consolidating its revolutionary base of conscious militants and ideological stalwarts to join effort with patriotic forces in demanding the immediate release of Cde. Jeremiah Massaquoi and the re-opening of Roots FM along other media institutions that have been forcibly closed by the government. The arbitrary arrest of peaceful citizens and closing down of critical media institutions by the CDC government is an attempt not just to derail our fragile peace and democracy but also a sign of breeding tyranny which will be resisted by SUP to the core.

In the opinion of SUP, the action of the government is despicable, counterproductive and a direct attack on freedom of speech and freedom of the press as well as an attack on our fragile peace and the democratic gains we have achieved over the years.

The Party wants to call on the international community and the National Independent Human Right Commission to request the Weah led government to uphold the tenets of democracy such as human rights, freedom of assembly and freedom of speech and also demand the government to reopen Roots FM and its sister stations now.

The statement from President Weah upon his return from the United Nation General Assembly (UNGA) that his administration will not "entertain unnecessary protest" has even undermined the viability of this government. For any government to succeed, it must be tolerant on dissents, transparent, uphold the rule of law and allow citizens to freely exercise their democratic franchise. This government cannot succeed without upholding the tenets of democracy such as free speech and the right to protest amidst the countless contradictions, inconsistency, dishonesty and bad governance our people are experiencing under the Ex-soccer Star President Weah.

The Party hereby informs all members, sympathizers and well-wishers about its upcoming 49th Anniversary which is expected to be held from the 30th of October to the 8th of November. Therefore, the Anniversary Committee will regularly update the public on activities pertinent to this historic and annual festival. All militants are mandated to fully support the anniversary committee.

Long Live SUP! Long Live Massescracy – The Struggle for Social Justice, Academic Freedom, and Peace remains unabated. Done and issued on this 11th Day of October A.D. 2018 by the mandate of the Central Committee and Politburo concomitantly.

Trade Minister’s promise to open Komenda Sugar factory ‘a me...
36 minutes ago