A/R: Nigerian Arrested For Caging His Brother 6months Over Gh20 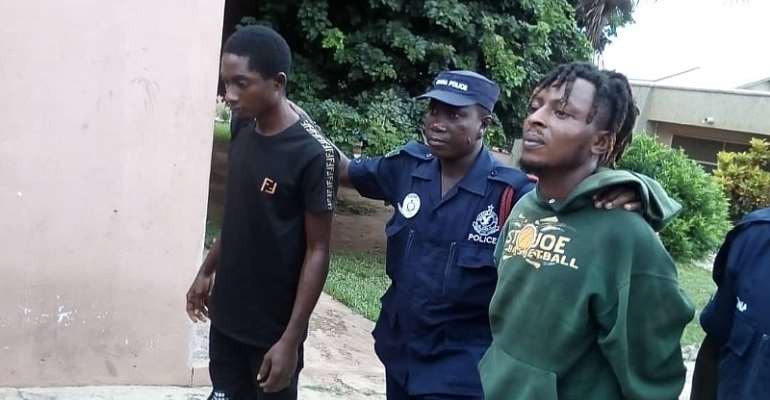 The victim caged for six months together with two dogs is inflicted with knives and electrical cables and other sharp objects.

They are said to be leaving in a well fenced five-bedroom apartment.

A reporter with Kumasi based Boss FM, St. Jeff reported that the victim was brought to Ghana by his brother under the guise of securing him a job.

According to him, the victim was spotted by residents after he (victim) broke the cage and screamed for help in the vicinity this morning.

He said they were marveled with the pains being endured as he walks towards them.

The victim narrated that he’s been caged by his brother at their residence for about six months since he was brought from Nigeria to Kumasi.

The victim (name withheld), in response to the alleged money disclosed to the brother that, indeed he took the money to purchase internet bundle but the suspect declined to accept the explanation.

Further report says the police upon arrival at the scene revealed that Indian herb is been grown at the backyard of the house. The suspect claimed to be owned by the brother’s wife.

The police have however, arrested both the suspect and victim to the police station for further interrogation.