Macron and Merkel hammer out common positions on Brexit, Syria 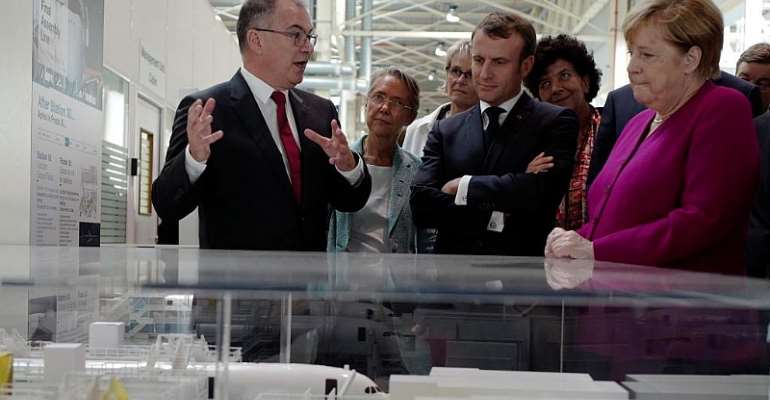 France's Emmanuel Macron will hold talks Wednesday with Germany's Angela Merkel for the second time in a week on a number of issues ranging from Brexit to industry, to Syria. This ahead of a two day summit in Brussels set to test EU unity.

On Wednesday, the French and German governments held a joint ministerial meeting in the southwestern French city of Toulouse to discuss how to move forward with some of the European projects that Macron has championed.

The ministerial council is the first since the two countries signed a treaty in January committing to wide-ranging cooperation on areas such as foreign policy, defence and energy.

Part of the ministerial visit involved a visit to the European planemaker Airbus.

Macron and Merkel are also expected to discuss the make-up of the incoming European Commission after the thumbs-down for Sylvie Goulard, as well as the Hungarian and Romanian candidates.

Syria offensive on the agenda
Turkey's offensive in northern Syria is also expected to loom large over Wednesday's talks in Toulouse.

French Defence Minister Jean-Yves Le Drian told parliament on Tuesday that the decision by the US to withdraw its troops from northern Syria, seen as a green flag for the Turkish invasion, had underscored the need for "European sovereignty" and "European strategic autonomy."

Finally, the subject of Brexit will be on the agenda ahead of Thursday and Friday's summit in Brussels.

There was an air of cautious optimism in Paris on Tuesday, with a French presidential aide hailing the "positive momentum" in talks on the terms of Britain's exit from the EU.

In a video podcast, Merkel said she and Macron wanted to arrive in Brussels with "common positions in so far as possible."

PHOTOS: Ghanaians hit the streets of Accra for #FixTheCountr...
38 minutes ago