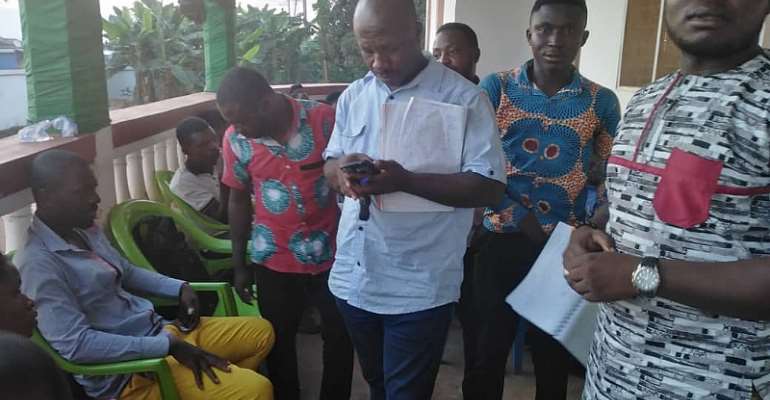 The Ashanti Regional Organiser of the New Patriotic Party (NPP), Mr. Francis Adomako has slammed the opposition NDC for behaving as impotent men who could not make use of opportunities given to them for the eight years they governed the country.

He wondered why the party despite the display of incompetence would find a way to criticize anything good the NPP government does.

Reacting to claims made by the NDC communications officer for Ashanti at a press conference on Monday, Mr. Adomako said the company by name of Miro Forestry Company Limited which was started under the J.A.Kufuor government and was involved tree plantations.

The Organiser disclosed that the Nana Addo government through the efforts of the DCE secured land to ensure that the company expanded to provide jobs to about 1000 people as it was absorbed under the one district one factory initiative.

He revealed the NPP under the one district one factory initiative has resuscitated the company to provide more opportunities for the people of Sekyere Afram Plains to get jobs to do.

”It is laughable that a man who could not impregnate a woman when he had the chance for 8 years would turn around and accuse the one who has used 2 years to give birth to twins as performing below par”, Mr. Adomako teased.

PROJECTS:
Enumerating some of the projects the NPP has commenced in the Sekeyere Afram Plains area, the regional organiser said schools that were under trees are no more.

This, he said is a remarkable achievement since that was a regular feature during the 8 years the NDC was in power.

He revealed that the construction of 3-unit school blocks at Bebeduaso and Wenamda are almost complete.

Mr. Adomako said a 10km road with culvert drains in the Drobonso to Jeduako is progressing steadily.

The E-block school which was constructed in the middle of nowhere in the Afram Plains, Mr. Adomako said is being worked on to be turned into a boarding facility as the contractor is on site.

COMMITMENT:
The regional organiser said the NPP and the government are committed to bringing development in areas that are deprived.

He noted that the current DCE, who is popularly called Odenkyem is a development-focused person who is determined to lead the community out of poverty.

With the focus on education and the construction of basic infrastructure for the Drobonso community and others in the Afram Plains, the regional organiser said the area will be a shining example soon.

He rallied the people of the Afram Plains to offer support to the DCE and the NPP government to ensure they deliver on their mandates.