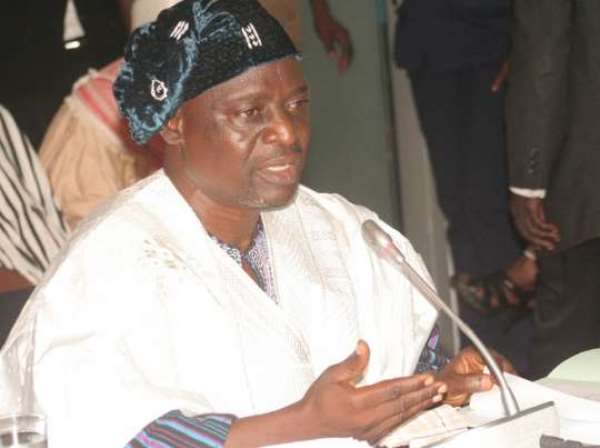 Hon. Fuseini called on the National Communication Authority (NCA) to intensify enforcement of the regulations, if approved, to ensure that customers were provided with the best communications services.

The tax is levied on charges payable by consumers for the use of communication services.

He said the Akufo-Addo-led government has failed in monitoring system node to the network of the telecommunication companies, they have access to both revenue accrued and all the data of subscribers including the content of voice calls and text messages.

Speaking in an interview with Lawyer Ohene Djan on ‘Pae Mu Ka’ on Kingdom FM 107.7, A.B.A Fuseini said,“ the increase in the communication service tax is a major development that will cause a strain on the finances of Ghanaians.”

He added that “I think generally, Ghanaians need to have a massive awakening that our friends have just danced around and today, the reality, they cannot handle.”

Alhaji A.B.A Fuseini says the announcement of tax increases in the budget only signifies that Ghana will go through some challenging times.

According to him, some members of the public, are unaware of the new tax, the proposed increment in the CST has been met with mixed reactions from Ghanaians.

He argued that the development may have a negative effect on the productivity and revenue of many businesses, especially those whose output largely depends on telecommunications.

The tax, which was hitherto pegged at 6% was increased to 9% when the Finance Minister, Ken Ofori-Atta, announced the decision in Parliament in July 2019 during the presentation of the 2019 mid-year budget review.

Some mobile users have already received text messages from their service providers about the new development which they say will be “applied to every recharge.”

Trade Minister’s promise to open Komenda Sugar factory ‘a me...
9 minutes ago