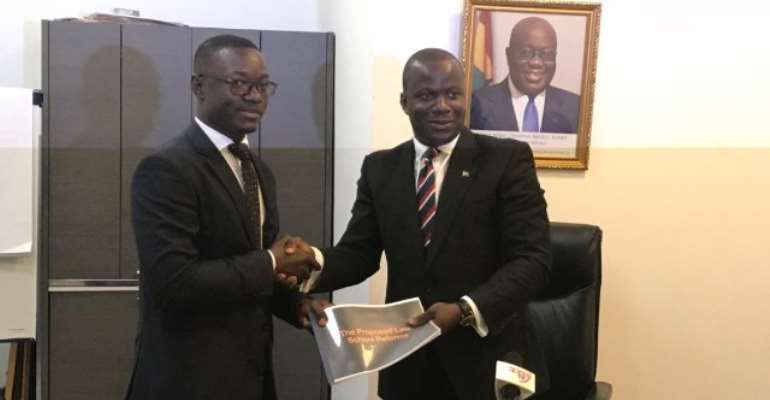 Government says it has taken keen interest in the petition brought to it by the law students who demonstrated last week over how legal education is handled in the country.

Abu Jinapor, Deputy Chief of Staff, said as pressing as the issue is, the concerns of the National Association of Law Students will be duly looked into.

This was after a five-member team led by the SRC President was received at the Office of the President by Mr Jinapor on Tuesday in relation to the petition for reforms.

Last week, the students demonstrated with the hashtag #OpenUpLegalEducation, starting at the Law School in Makola at the heart of the capital to the Jubilee House where they were to present a petition to President Akufo-Addo.

The students were registering their displeasure with the massive failures recorded year-in, year-out at the Ghana School of Law.

As it turned out, they clashed with the Police with nine of the protesters arrested amidst assault and high-handedness.

Joy News gathered the standoff between police and the protesters lasted for several minutes as police deployed water cannons and tasers to drive the charged crowd away.

Condemning the act, the Deputy Chief of Staff told Evans Mensah there was no point in the protesters being denied access to the seat of government.

On Tuesday, the doors of the presidency were opened to them to present their petition.

The National Association of Law Students leadership implored government to critically consider the issues and give prompt feedback due to the time-sensitive nature of the issues discussed.

They are to continue to pursue the matter to ensure that their earnest struggle yields positive results.