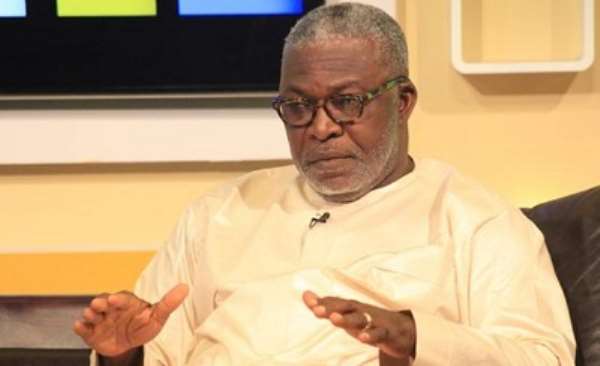 Chief Executive Officer of the Consumer Rights Protection Agency, Kofi Kapito, has advised the two popular political parties in Ghana, New Patriotic Party (NPP) and the National Democratic Congress (NDC) to desist from politicizing new Communication Service Tax (CST) which has been implemented by the government.

The Communication Service Tax (CST) was previously set for 6%, however, it was raised to 9% during the presentation of the 2019 Mid-year Budget Review by the Finance Minister.

Mr. Kofi Kapito warned Ghanaian politicians to be truthful and transparent when dealing with telcos in which he faulted parliament for the tariff increment announced in the telecommunication sector.

Speaking in an interview with Kwame Tutu on ‘Anopa Nkomo’ on Accra based Kingdom FM 107.7, Kofi Kapito said,“ the telcos cannot be blamed for the proposed tariff increase, instead, parliament should be blamed for endorsing the government’s tax plans without considering the plight of the average Ghanaian.”

Ghana happens to be one of the few countries where individuals use more than one handset, largely because of the unreliability of the networks.

On some occasions, these customers have cried loud to the virtually moribund Consumer Protection Association which lacks the muscle to mobilize consumers to boycott service providers such as the telcos.

Customers have become just too familiar with the refrain of why the telcos are unable to deliver to the satisfaction of their customers.

The frustration among mobile phone users is exacerbated by the inability of the regulator, the National Communications Authority (NCA), to compel the networks to give their customers value for money.

MTN, AirtelTigo, Vodafone and Glo have been charging their customers the full amount of the revised Communication Service Tax (CST) since October 1, 2019.

The Communications Ministry said the move by the telcos is a deliberate move to shortchange consumers and also make the government unpopular.

“The regulator would have a conversation with the telcos on this [referring to the implementation of the CST] and if they persist, the requisite sanctions will apply. If they want to continue doing business in this country, they will respect our laws; all of them including the multinationals.