Have Mozambicans voted to give peace a chance? 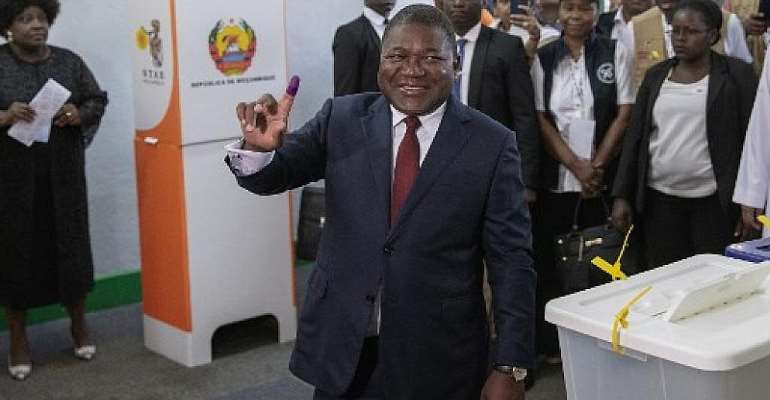 Mozambicans voted in general elections on Tuesday which are widely expected to extend Frelimo's decades-long rule over a country that is set to become one of the world's main gas exporters in the coming years.

Some 13 million of the country's 30 million people were eligible to cast ballots in the process to pick the president, parliament and provincial governors.

A chance for peace
The vote is seen as a test of a fragile peace deal signed two months ago between the Frelimo-led regime of President Filipe Nyusi and the national resistance movement Renamo, which waged a 16-year civil war that cost the lives of about one million people.

Preliminary results are expected on Thursday with the law allowing 15 days for the final verdict to be announced.

President Filipe Nyusi's Frelimo has ruled the country since independence from Portugal in 1975.

After casting his ballot at a school in the capital Maputo, he called on voters to show "the world we stand for democracy and tolerance".

RENAMO leader Ossufo Momade vowed never to accept the results of a rigged election after voting in his hometown in the Island of Mozambique in northern Nampulla Province.

Opinion polls predict the 60 year-old Frelimo leader to win a second five-year term, but analysts expect the main opposition Renamo to take control of three to five of Mozambique's 10 provinces.

Democratic test
“Polling day started smoothly with more than 20,000 polling stations opening despite some reports of delays” said Borges Nhamire with the Mozambican Center for Public Integrity in Maputo.

His NGO is one of several civil society group which have deployed more than 4,000 observers to monitor the process.

As Nhamire drove around polling stations in the capital, he projected a close result, which he believed would likely reflect the outcome of last year's local elections, which the ruling Frelimo won by 51 percent.

According to the anti-graft campaigner, during the campaign, the main opposition RENAMO party tried to capitalize on a major public debt scandal, in which a former finance minister and several ruling party officials are implicated.

Graft and debt burden
The loans amounting to more than two billion dollars (equivalent to 13 percent of Mozambique's GDP) were contracted in secrecy between 2013 and 2014 by three state-owned companies, behind the backs of parliament and the public.

President Filipe Nyusi's popularity has also been eroded by the country's debt burden which reached 8 billion dollars or 67 percent of Mozambique's external concession debt by the end of 2017, according to the World Bank.

The stakes are particularly high for RENAMO's new leader Ossufo Momade who must win big, to prove to party rebels that he was right to sign the peace deal with the FRELIMO-led government in August.

Renamo's chance
A good score would also give the movement an opportunity to demonstrate that it is now a functioning political party with the capacity to govern effectively.

It's worth noting that under the peace accord, provincial governors will now be picked by the main party in each province, rather than the government in Maputo.

The build-up to the vote was marred by sporadic violence, including the killing of an election observer and attacks from a group of fighters who broke away from the former rebel movement RENAMO now the country's main opposition movement.

Poverty fueling Islamist insurgency
Whatever the outcome of the vote, some experts don't expect any improvement in the security situation in the oil-rich northern region of Cabo Delgado, where Islamist insurgents have killed more than 250 people since 2017.

While several multinationals are scrambling to the region for contracts to develop one of the biggest offshore gas finds (estimated to be worth some 27 billion euros, poverty remains the fuel of the violence there, according to experts.

“Not much has been done apart from the government's military response” Salvador Forquilhe, who heads the Maputo-based Institute of Social and Economic Studies, said.

“My feeling is that the government did not take the issue seriously from the very beginning and that's the problem”, Forquilhe told RFI, as he inspected polling operations in the Nacala Velha district of the RENAMO strong hold of Nampullo Province on Tuesday.