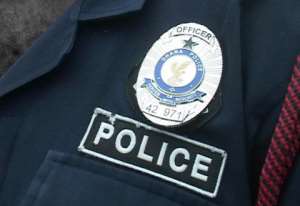 A Security Analyst, Colonel Festus Aboagye Rtd, believes that the new directives issued by the Inspector General of Police, James Oppong-Boanuh to tackle indiscipline within the Police Service will not be effective without a complete review of training of personnel into the service.

According to him, the new directives do not have the right elements to address indiscipline among some police officers which he described as a culture in the service.

The IGP on Tuesday directed that a senior police officer be assigned to supervise a police team during patrols and checkpoint duties as part of efforts to curb extortion and other misconduct.

The IGP also said a special phone number will be announced to allow the public to make complaints and send multimedia evidence of such misconduct by police officers.

He further directed that a specially constituted patrol team be deployed to interview drivers and passengers to gather further information about police conduct on the road.

The new directives come on the back of complaints about police misconduct by the public.

Colonel Aboagye said police training must be reformed and officers found to have engaged in acts of indiscipline, sanctioned publicly.

“Assigning supervisors of senior rank, deploying a special task force and providing special numbers for reports to be made on acts of indiscipline, unprofessionalism as well as good conduct may not fully address the problem. There is the need for review of the police professional training for the public to have confidence in the police system as being envisaged by the IGP. The Police must come public with punishments and disciplinary actions that are taken against police officers,” he said.