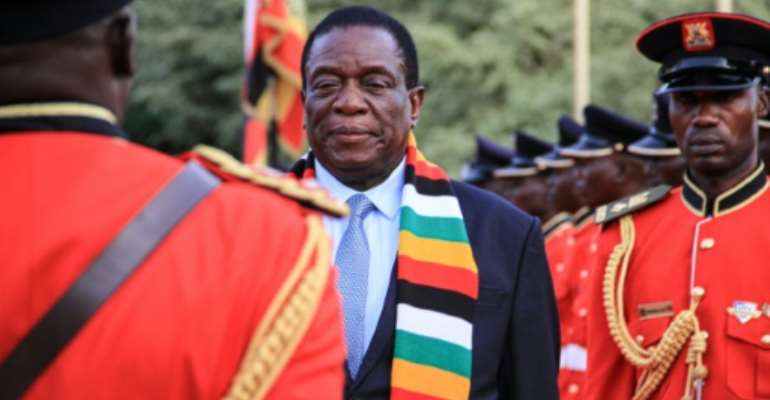 Zimbabwe rights groups on Tuesday accused the government of continued abuses since the despotic rule of late ex-president Robert Mugabe came to an end two years ago, with military violations "rising to new levels".

Mugabe was toppled by his military generals in November 2017, when tanks rolled into Zimbabwe's capital Harare and thousands of civilians poured out on the streets to demand his resignation.

He died of cancer last month, leaving Zimbabweans divided over the legacy of his often oppressive 37-year rule.

But a coalition of local rights groups said the new government, headed by President Emmerson Mnangagwa, was also "complicit in human rights abuses and violation".

In a 90-page assessment of the state of human rights in 2018, they accused security forces of cracking down on civilians and their political freedoms.

"The face of the military in domestic politics became more pronounced than before with violations by the military rising to new levels," said Jestina Mukoko, head of the Zimbabwe Human Rights NGO Forum, which published the report.

"Officers in the security services have been primary culprits of human rights abuses."

Government officials were not immediately available to comment on the allegations.

Six people were killed in August last year when soldiers opened fire on protesters in Harare demonstrating against delays in the announcement of election results.

A government-appointed investigation blamed the military and police for the fatalities, but no one has so far been prosecuted.

Tuesday's report said the government has failed on its pledge to open "democratic space".

It also highlighted the "economic" plunder, "wasteful expenditure" and fiscal mismanagement that "negatively impacted on the ability of people to enjoy their socio-economic rights".

Prices have soared in Zimbabwe over the past year and the government has been struggling to contain the galloping hyperinflation.

While government on Tuesday said the official annual rate of inflation stood at 290 percent, economists estimate annual inflation to stand at around 600 percent, dimming hopes of recovery promised by Mnangagwa.

But the rights forum said lack of funding was no excuse.

Most of "the violations documented in this report do not require money to address or resolve," concluded the document.

"They only require political will."