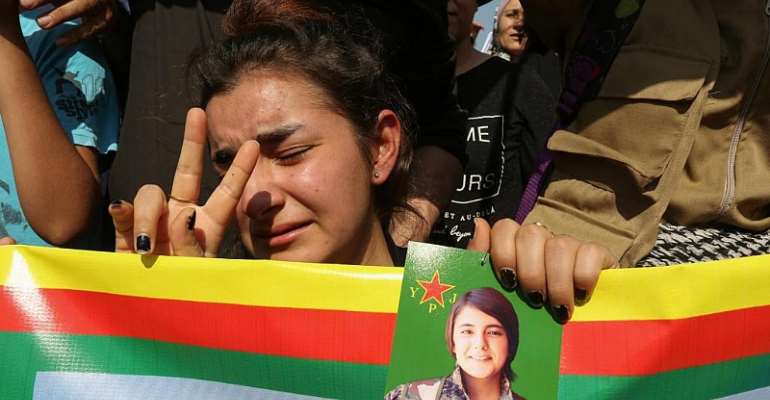 The resurgence of the Islamic State armed group is inevitable said French Prime Minister Edouard Philippe while speaking at the National Assembly on Tuesday, adding the Turkish offensive against the Kurds in northern Syria had been reinforced and permitted by the unilateral withdrawal of American forces.

During questions at the assembly on the consequences of Turkey's offensive, Philippe went on to say that the week-long 'Operation Spring Peace' is “devastating for our collective security with the inevitable resurgence of Daech [Islamic State] in North-East Syria and likely in North-West Iraq.”

In an effort to gain some protection against Turkish forces, the Kurdish army has now struck a deal with Damascus.

Despite that reinforcement, Turkey said it would pursue its Syria offensive and called the latest move a “dirty deal” between Syria's President Bashar al-Assad's regime and Kurdish forces.

France to Iraq and US to Turkey
In response to that deal, France's foreign minister, Jean-Yves le Drian told parliament on Tuesday that he would head to Iraq to discuss “security” of the prisons in northern Syria as more IS fighters continue to escape from Kurdish-run prisons.

“At the president's request, I will soon go to Iraq to discuss with all sides, including the Kurds, the reality of the security situation and our own security,” he told parliament on Tuesday.

This, as US Vice-President Mike Pence announced he would be leaving before Ankara by Wednesday to press Turkey for a ceasefire.

Though he did not give any details on the timing of his trip.

Growing concern
The fear is thousands more IS fighters may escape as Turkey's escalates its operation.

Kurdish forces say around 12,000 IS fighters, including 2,500 to 3,000 foreigners are being held in prisons while an additional 12,000 foreigners, children and women are detained in camps for displaced persons.

US President Donald Trump has tweeted that the Kurds may be deliberately releasing IS extremists in an attempt to bring back American forces to Syria.

A scenario Erdogan has also suggested.
Anti-IS coalition
The Kurds have warned on numerous occasions that once Turkey launched its offensive, they would not be able to continue operating the camps for much longer.

The once successful coalition made up primarily of American and French forces working alongside the Syrian Democratic Force and their Kurdish militias was able to take back swaths of land in Syria and Iraq once held by IS.

But since the departure of American forces, Turkey has decided to forego its role in the coalition and target the Kurdish militias that it believes are working directly with the outlawed Kurdish groups in Turkey.