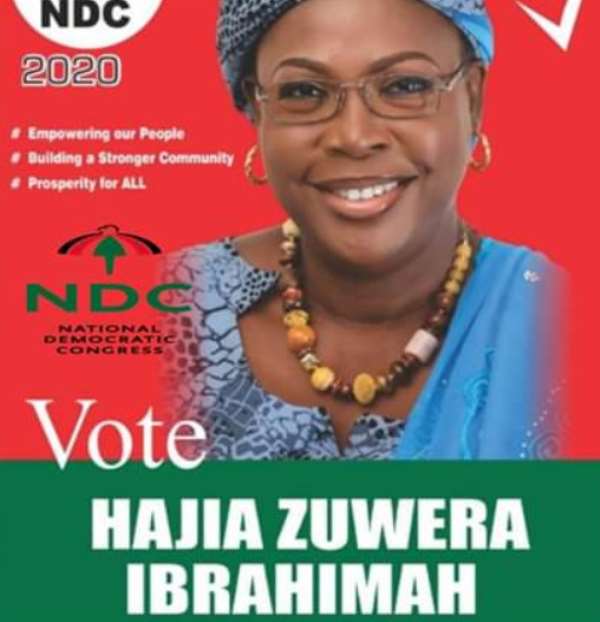 The 2020 NDC parliamentary candidate for the Salaga South Constituency of the Savanna region, Hajia Zuweira Ibrahima has reiterated the need for unity in the party ahead of the 2020 general elections.

According to her, the only way to see the party back to power is to identify the basic issues resulting in disunity among party faithfuls and to address them.

She said, her observation over the years reveal, the grassroot which is the base of the party has not had the needed attention.

She is optimistic the party will rectify the grassroot challenge and win the 2020 elections.

"The grassroot is the party's heart, we need to empower them both with resources and with feasible commitment to duty, thats all they need"

She explained her campaign tours ahead of the parliamentary primaries held in August this year opened her eyes on the plight of the branches.

"Look, its not about meeting them and making promises, they want to see action in terms of development and Insha Allah, I will make it possible"

She appealed to all constituency executives to take the elections serious as if they are candidates themselves.

This she said will psyche the branches to Marshall themselves in full force for victory 2020.

On winning the Salaga south constituency seat, she said 'is a done deal for me insha Allah'

Hajia Zuweira hinted she will be touching base with the branches in November for her thank you tour.

Hajia Zuweira Ibrahima is the first female candidate contesting as a member of Parliament in the Salaga South constituency.

Currently, she is the only female candidate contesting in the entire savanna region.

She will have to wrestle out with the Savanna regional minister Adam Salifu Braimah who is also the incumbent MP for the Salaga south constituency.

FixingTheCountry Movement to march in support of Akufo-Addo'...
55 minutes ago