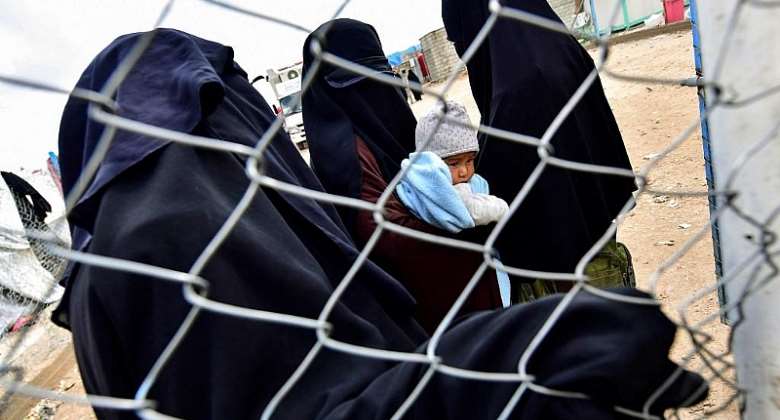 At least three French women who were being held in a Syrian Kurdish-run camp for families of jihadists, claim they have rejoined the Islamic State armed group according to messages they sent their lawyers on Tuesday.

Several French women who had travelled to Syria to join Islamic State when the jihadist group was growing in numbers, were captured once main elements of the armed group were defeated.

The women and children had been separated from the fighters and placed in a camp for displaced persons in northeast Syria.

But since Turkey's week-long incursion into northern Syria to target Kurdish forces, many of the Kurdish-run prisons housing families of jihadists have been abandoned, giving those inside a chance to escape as they did over the weekend.

The Kurdish administration in northern Syria says Turkish bombardments near the camp in the northern town of Ain Issa gave 785 relatives of IS members a chance to be rescued by Islamic State fighters.

In one message sent to a relative, as confirmed by AFP, one of the women said they had been “retrieved” by IS.

One of her relatives told the families' lawyer, Marie Dose, in a message that the men who took charge of the women said “We are your brothers from the Islamic State, we will take you to safety in the desert.”

Repatriation refused
On Sunday, the same women had sent audio messages to their French families, as heard by AFP, stating they were being forced to leave the camp by their Kurdish jailers, that their tents had been set on fire and they found themselves wandering the desert with their young children before being offered by help by an “armed Syrian”.

Dose says she informed the foreign ministery of the devlopments.

She has been calling for months for France to allow the women to return home.

However President Emmanuel Macron's government has categorically refused to take back French jihadists or their wives, adding they must face local justice in Iraq or Syria.

On Monday this week, Dose accused Macron of “handing them [the women] on a platter to IS”.

Numbers
About 12,000 IS fighters are being held in Kurdish-run prisons across northern Syria, according to Kurdish sources.

They are made up of Syrians, Iraqis and foreigners from some 54 countries.

Despite the numbers, and the fact that some IS fighters and now relatives have already escaped the camps, Turkish President Recep Tayyip Erdogan has vowed to prevent IS fighters from leaving northeast Syria.