War On This; War On That; Wars… On Everything, But Nothing: A Nation At War With Its Conscience 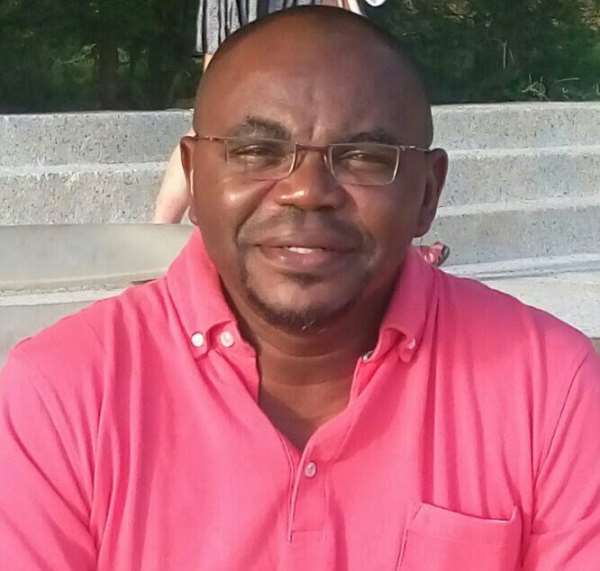 War on Sanitation! War on Corruption! War on Armed Robbery! War on Plastics! War on Galamasey! War on Rosewood! And, more recently, War on Indiscipline!

These are just a few of Ghana’s list of publicly proclaimed wars. They are not wars because we fight them violently in open spaces with swords and spears to kill and destroy.

They are wars because we abhor the issues identified; the issues fill us with a collective sense of revulsion and indignation to act.

So, in our impatient rage to intervene we proclaim wars to signal not only our ruthless abhorrence, but also our collectives outrage for solutions. And, we call them wars.

This is how we have framed and declared our different wars over the years and we have seen quite a tall list of such wars.

Wars of all kinds and on all things. Once declared, the wars are initiated sometime with fierce urgency, spontaneous support and unbridled speed.

However, and for the most part, most of these wars end even before they begin. They lose momentum and they die… prematurely.

Many of our fiercely declared wars have either protracted or ended abruptly and unnoticed without any visible results.

Multiple examples abound but popular among them are the never-ending wars on corruption and sanitation.

These, as we are constantly reminded, are old and enduring wars which seem to have acquired second nature status. They never go away and we never win them.

The war on sanitation, in particular, has been a recurring war with no results. Under different slogans, and under different ‘warlords’, we, as a people, seem to have enjoyed the illusive and deceptive posturing of fighting a sanitation war.

So, on the imaginary battlefields across the country, we tickle ourselves and dance in filth. The recent National Sanitation Day ‘funfairs’ provide ready examples. We simply love our wars!

The momentum for such wars swing; they respond to certain events and occurrences. Let there be a tragedy or some socially disruptive disaster and the battle cries begin.

Let there be floods in Accra, let there be loss of life and property, let there be an outbreak of some epidemic (cholera) linked to insalubrious conditions in communities and the battle drums are sounded.

And the wars begin; however, let the magic of human memory loss and the blessings of oblivion set in after a few days or weeks and we are back where we always were.

The status quo prevails and we accept things as they are. As always, and in our meek and humble selves, we give it all to God. Frustration and disillusionment.

Fatigue, Frustration and Empty Wars
Advocates of these wars, call them the war generals, very quickly become frustrated and fatigued because of the lack of progress and or support.

They very quietly throw in the towel and depart the battle grounds. The wars end abruptly and, almost invariably, the identified issues assume additional sophistication.

They become even more entrenched. The wars on sanitation and corruption, as indicated, are good examples.

Several declarations have been made and endless battles have been fought yet these stoic enemies remain resolute and unflinching on the battle ground.

It is a similar story with the war on corruption which, thanks to former president Kuffuor, we learned rather disappointedly that it is a war of ancient.

In fact, this particular war has also swung; it is one of those few wars that has seen violence and significant disruptions in government.

Lives have been lost; people have been killed, revolutions have been launched under different slogans all in the name of “house cleaning”. Yet, the war on corruption has never been won.

As I write and as you read, that war on corruption has taken on another turn with the creation of the Office of the Special Prosecutor—a very significant boost in the war amoury.

The creation of that office has brought excitement and great expectations. Others, however, have received it with cautious optimism while d many more reject it outright. Not many believe this new war with its envious amoury has what it takes to say farewell to corruption and to wars.

The War on Indiscipline
More recently, another of such wars was declared and by Citifm—current most disruptive radio station in the country.

And, for the first time many of us felt relieved. We thought, finally, we have managed to put a finger on the real enemy and the root-cause of all our other problems.

We also believed a focused war on indiscipline was the long-relished war and the war we have failed to fight over the years.

A war on indiscipline therefore was to be a precision war to eliminate the intrinsic challenge we face as a country—indiscipline!

Undoubtedly, we have become an indiscipline bunch of people in a country that has fast lost its moral compass.

Almost every single problem of ours which has ever warranted the declaration of the different wars is borne out of an entrenched culture of indiscipline.

Citifm’s declaration and initiation of this war was welcome and true to word we saw some action.

We saw that pompous, arrogantly uncultured, delusive and undeserving ‘Honorable’ Member of Parliament’ break a law of the land and impugned unashamedly that he is an MP so deserved to do so.

That was a shameful spectacle which signaled the extent of decadence and indiscipline in our society and one that almost instantly validated the Citifm war on indiscipline.

Of course Citifm is not a policeman, they are not a regulatory or law enforcement agency. They initiated the war to create awareness and to set the agenda.

The expectation was for those agencies and offices paid good money to perform these duties to take on the battle and to take it to desired ends.

Unfortunately, however, that has not happened. The War on Indiscipline has faltered or died prematurely. Momentum is lost. (I am reliably informed there is a second part coming).

Fair enough if there is indeed a second part coming, but what has been the conclusion of the first part. Did we win or did we lose? And, can we fight such wars in bits and pieces?

If we go back now on the sipintex, on the motorway, on the GIMPA by pass and in deed on almost every other road in the country we are certain to see unbelievable levels of indiscipline staring not just at our faces as civilians, but also at the faces of stationed policemen and women in uniform. They are powerlessly helpless!

We lack discipline and that is the cause of all the other problems that we have. Our unceasing proclamation of dead-end wars are just excuses; they are collective action failures and our lack of courage and moral fortitude to identify and confront our underlying problems.

So, war on this, war on that, war…on almost everything but war on nothing. The only real war we seem to have been fighting is with our conscience—our collective conscience. And, God save us.

The writer is an environment and social development professional and currently a Research Fellow at the Center for Climate Change and Sustainability Studies at the University of Ghana. He is also a cultural writer and social advocate. Reach him at: [email protected]