The Chairperson for the Conference, Hon. Lawyer Barbara Oteng - Gyasi (Mrs.) in her opening remarks said, His Excellency Nana Addo Dankwa Akufo Addo has done a lot for women in his government by appointing women into key and sensitive positions like the first-ever Chief of Staff, Chief Justice, the first-ever female Secretary to Cabinet.

The Member of Parliament for Prestea Huni-valley constituency added that women played a critical role in the 2016 elections and they would continue to play their role come 2020 Presidential and Parliamentary elections.

Hon. Lawyer Barbara Oteng - Gyesi (Mrs) stated that the New Patriotic Party (NPP) government has done a lot for Ghanaians by reducing the unemployment rate through Nation Builders Corp (NABCO), rolling out Free Senior High School which has created both direct and indirect employment, Planting for food and jobs, Planting for Export and Rural development, Rearing for food and jobs, increasing capitation grants.

The Tourism, Culture and Creative Arts Minister ended her opening remarks by saying all hands must be on deck for NPP to win the 2020 general election.

The Regional Women's organizer, Madam Abena Kwallah outlined the purpose of the conference. That is "MOBILIZING AND EQUIPPING WOMEN FOR VICTORY 2020" which was the theme for the conference.

In her speech, the Regional Women Organiser said women are ready for battle 2020 and Western Region is going to deliver on its promise by winning all the 17 seats in the region for New Patriotic Party (NPP).

"The job dey grounds" and therefore urging all the constituency women Organizers and their Deputies, party activists, polling station executives to continue the good work they are doing for the party, hence all must get involved for the party to retain power come 2020," she stressed.

She added that, the newly inaugurated regional women's maidens would be working with constituency women organizers to tighten up.

Madam Abena Kwallah concluded by saying the NDC has no place in Western Region so far as the women's wing is concerned.

He added that it can only be manifest based on the good work the party has done.

The Western Regional Chairman of the party Hon. Francis Ndede Siah a.k.a the Game Changer was very emphatic that, history will repeat itself because the NPP has laid a solid foundation throughout the country especially in Western region.

The Regional Minister, Hon. Kobby Okyere Darko-Mensah who is also an MP for Takoradi in his speech said the "Abena Kwallah in 2000 is the same Abena Kwallah come 2020, and praised the women's wing for the good work that they are doing to support the party."

Hon Kobby was emphatic that the party is winning Ellembelle, Amanfi Central, Wassa East and Amanfi West which are currently held by the NDC.

He revealed that Western Region made 13,000 admissions last year during the free Senior High School but currently the admission for this year was 27,000 and all these people including their parents are going to vote for NPP in 2020 elections.

On illegal mining, the Minister said "we must applaud the president for replacing the galamsay with Community Mining and that all sites earmarked for Community mining will be operational by end of 2019."

On the Banking Sector. Hon. Kobby said Government has saved over 1.5million depositors from losing their life savings.

Hon Kobby is urging all party faithfuls not to be lured by the NDC's cheap propaganda of Government collapsing Banks but protecting our deposits.

Hon. Kobby Okyere Darko Mensah said, Western Region is going to be number one "as we go for election 2020 therefore we must protect and defend the party from the lies of the NDC."

Madam Mona Gertrude Effah who is the Deputy CEO for Coastal Development Authority added her voice saying Nana Addo Dankwa Akufo is the president of a generational thinker and a visionary leader because all his policies are geared towards supporting Ghanaian populace and the unborn generation.

She urged all women to support this current Government to continue to deliver on its promises most importantly the social intervention projects. 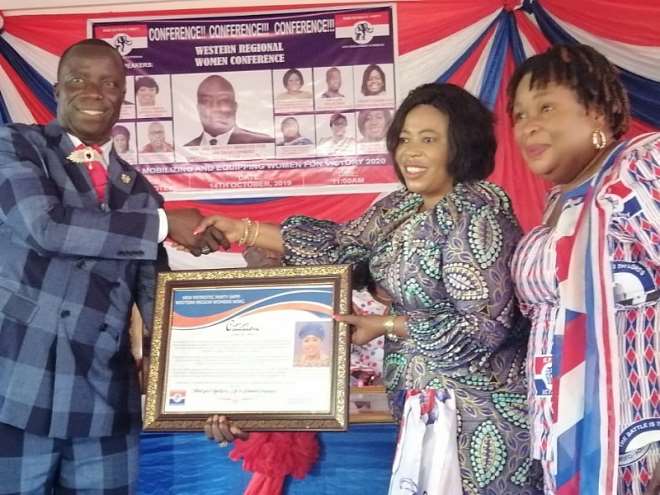 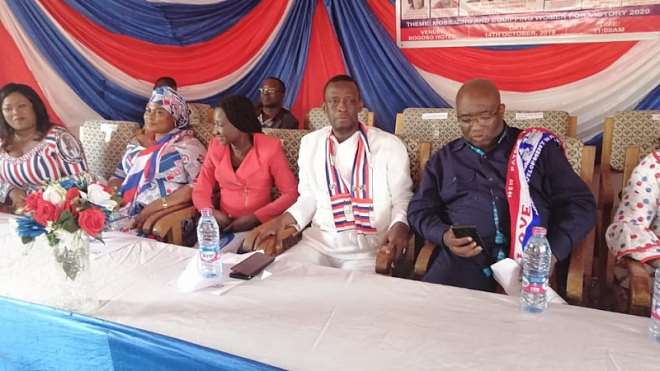