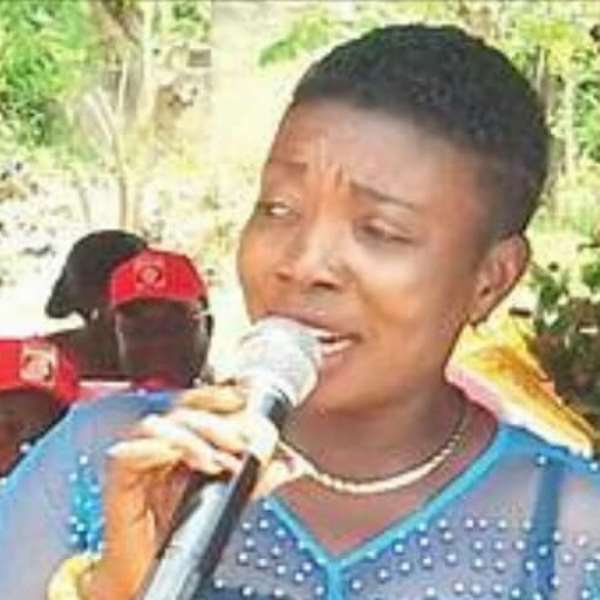 The driver of the bus at the center of the controversy at Effiduase-Asokore constituency in the Ashanti region of Ghana has stated on Fox Fm's morning show hosted by the award winner Oheneba Nana Asiedu that, the member of Parliament for the area Hon Nana Ayew Afriye never slapped the District Chief Executive of the area.

The bus driver at Asokore AMASS, Hakim explains that as an eyewitness; the legislator even opened the gate for him to enter his car to ignite the car engine when he (Hakim) heard the DCE shouting at him to stop as she was heading towards him.

"She slipped and fell and John lifted her up and escorted the DCE to her car, which was not close to the scene of the incident where the DCE's personal assistant (Nana Asante) who claimed to be an eyewitness was, as per the publication of the first reportage by an online portal. The MP was not near where the DCE fell not to talk about slapping Mary the DCE.

"When i came to work on the Friday morning, my chief Driver told me, Our MP had rented our bus to convey party people from the small towns to the durbar grounds. I drove off and mistakenly went to park at the District Assembly waiting to move to the village then the DCE warns me not to move the car in the Presence of the 1st Chairman and footsoldiers. The first Vice Chairman informed the constituency chairman and MP, then i went to buy some fufu near the assembly to eat. It was there that, I got a call from a Tutor in my school who is a polling station chairman by name Mr David. So I left mg food and quickly returned to where I parked the bus. The MP told me to start the engine and even opened my car gate for me. Then I heard the DCE yelling at me to stop and give her the bus keys to her, She quickly advanced towards my end as she was some distance away from us, she slipped due to the heavy rainfall that day. John and David can attest to this fact. It was even John who lifted her up and escorted her to her vehicle," Hakim the bus driver narrated.

Hakim further added that" even though, it is against my religious belief to swear with the Holy Qoran am ever ready to do so, because I was there and the MP didn't touch her.

"She was nowhere near the MP. Honestly I was very astonished when i heard on it radio. Mad Mary is mother and I would say it if indeed the MP slapped her," he intimated.

The bus drivers explanation confirms that of the constituency Chairman's Mr Osei Adiyiah position that the legislator is innocent of the allegations.

We are following keenly would update our cherish readers