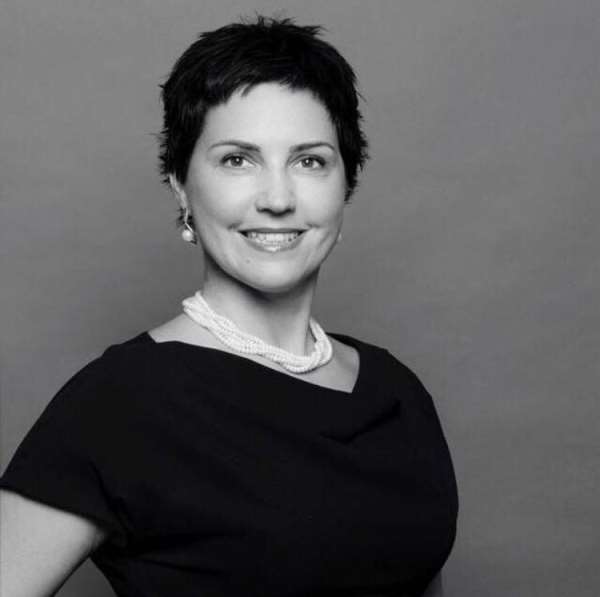 For decades, Russia has been looking for effective ways to promote multifaceted ties and new strategies for cooperation in economic areas in Africa. Now, Kremlin will hold the first Russia-Africa Summit in Sochi on October 23-24 with high hopes of enhancing multifaceted ties, trying to reshape the existing relationship and significantly roll out ways to increase effectiveness of cooperation between Russia and Africa.

Experts have strongly suggested that it is also necessary to review the rules and regulations especially on trade as a step towards changing the situation about Russia's presence in Africa and Africa's presence in Russia. It is necessary for both Russia and Africa to make consistent efforts to look for new ways, practical efforts at removing existing obstacles that have impeded trade over the years.

Looking ahead with greater hope and grandiose plans, Ekaterina Dyachenko, the Founder and Chief Executive Officer (CEO) of the B2B Export Group of Companies with about 15 year-experience in African issues, has launched a new digital platform purposely to connect investors with trade, business and investment opportunities in Russia and Africa.

B2B-Export.com is an online trading platform, media resource and professional community that enables customers from all over the world to source goods and technologies from Russia. The platform offers adequate information and ways of business transactions and documentation.

Founded in 2015, the company has since facilitated over 80 export B2B transactions. In 2019, for instance, Dyachenko launched the reverse platform to help find new customers and enter the market in Russia. Its key markets are Africa, Latin America, Middle East and Asia. It is now present in many African locations, working on opening additional regional offices in Mexico City, Bogota and Jakarta.

Here are important excerpts of the exclusive interview conducted recently by Kester Kenn Klomegah for IDN-InDepthNews:

Question: B2B Export Group has been working between Russia and Africa, what are your products and services? What African regions or individual countries are keen on Russian products and business services?

Katya Dyachenko (KD): The B2B Export platform is a marketplace for interaction and a game changer for accelerated economic cooperation between Russia and Africa. B2B-Export is an online trading platform that facilitates trade globally, considering that the internet does not recognize borders. We are currently working in Africa, Russia, Latin America and China.

We sell equipment and technologies from Russia. We are currently looking for suppliers from all over the world to sign up on the platform to trade, including suppliers from Africa.

We are looking for 3 types of goods from Africa: Food Products, home décor and lastly fashion, shoes and bijouterie. We will help suppliers sell their goods and even export for them.

Lastly, we also help in the sourcing of STEM talent, that is, Science Technology, Engineering and Mathematics expertise, from Russia. This is in light of the fact that Russia has the largest number of engineering and science graduates per year.

Q: Compared to other foreign players, how competitive is the African market?

KD: The African market is very competitive, as the world is interested in trading with Africa. Some have even termed it as the new “scramble for Africa”. This is evidenced by the opening of [. . .] missions in Africa from 2010 to 2016.

Additionally, Africa is the only continent that escaped the global decline in foreign direct investment (FDI) as flows to the continent rose to US$46 billion in 2018, an increase of 11% on the previous year, according to UNCTAD.

Q: From the 15 years’ experience in both regions, what key problems and challenges do you face, both ways?

This forms a huge impediment to the growth of trade between Africa and Russia. As a result of the lack of knowledge, it has led to a lot of prejudice among potential players and are hesitant to trade with each other.

In my opinion, the only way to fight this, is by providing information to enable both African and Russian companies to make informed decisions. The Sochi summit is one such example, as a part of its objectives is to promote knowledge sharing.

Q: What can B2B Export Group do to facilitate a two-way business cooperation, most especially, when African business people are also looking to do business on the Russian market?

KD: The B2B-Export Group seeks to do this by providing communication to African companies about the opportunities in the Russian and international market, in order to widen their horizon.

To support the trade between Russia and emerging markets, we host business forums in an effort to boost relations and investment between countries. We have organized Russian businesses to visit Kenya, Tanzania, Zimbabwe, Ghana, Nigeria, Rwanda, Egypt, Colombia, Mexico, Indonesia, Malaysia and China and we host delegates from other countries in Russia every year.

Next to that, we also do this by providing the necessary tools for trade, thus in a better position to understand the trading process and allow us to better work with our customers.

Q: What kind of perceptions, popular sentiments and approach could be considered as impediments or stumbling blocks to business between Russia and Africa?

KD: The first major impediment is the lack of trust among companies in both regions. This lack of trust is a result of the inadequacy of knowledge concerning the working arrangements of each other.

Secondly, many companies are hesitant to send money abroad to a company that they have not met, due to the numerous cases of fraud that have been reported. In order to gain trust, traders generally prefer to have face-to-face meetings to discuss their business deals which are not practical due to the high costs associated with an offline trip.

Lastly, a business person would approximately incur the following costs: The fees for the attendance and exhibition of products at a trade fair in Russia costs US$5000. A plane ticket to Russia costs US$1000. Hotel and transport per day will cost US$150. Translating services on site will cost US$110/hour. Warehouse rental US$15,000 per year. Working online on B2B-Export, one gets all the above services and more for only US$190 per year.

Q: Business needs vital information, knowledge about the investment climate and so forth. Do you think that there has been an information vacuum or gap between the two countries?

KD: As I have mentioned, there is a huge gap in the information available concerning both regions. However, it is important to add that for investments the threshold for the trust required is greater than for trade. Companies seeking investment need to provide adequate information to potential investors to convince them that risk can be managed and the returns justify the risk.

As a start for Russian investors looking to invest in Africa, it is easier to begin with setting up localization and assembly facilities. Moreover, they can provide manufacturing licenses to their local partners in the respective African countries.

Q: Russia’s economic power, its global status and as a staunch member of BRICS bloc, how would you assess its current level of investment and business engagement with Africa?

KD: As a BRICS member, Russia is engaging with other BRICS members such as South Africa where a lot of effort has been made to increase trade volume. Russia is a member of BRICS and Afrexim Bank (African Export–Import Bank) to ensure that Russian companies have access to Afrexim investment products. These products are a result of bilateral agreements between BRICS and Afrexim.

I believe that more effort needs to be made to promote investment between Africa and Russia. From my experience, I have noticed that many African companies are presenting proposals for export to the United States and the United Kingdom. Unfortunately, they are not keen on exporting to Russia.

The Russian government is keen in the promotion of such trade; they have organized the first, government run Russia-Africa forum in 30 years, in Sochi. It is important to note that we as the B2B Export Group have organized such forums in the last 4 years.

These forums have revealed the lack of enthusiasm among our African counterparts such as the African promotion boards for the respective countries. They have not been keen and effective in in promoting Russia-Africa trade. They need to be more active in seeking trade and investment opportunities that will benefit the companies in their country and will result in the growth of their economy.

I contend that the tourism sector should be among the first to be promoted. This is premised on the following reasons. Firstly, many Russian cities such as Moscow and St. Petersburg are in the same time zone as countries in Eastern Africa. This factor is very attractive as tourists will not have a difficult time adjusting to the time.

Moreover, when tourism is promoted it will have a domino effect on the investment of that particular country. This is because, it will help to demystify the myths and opinions that some Russians may have about Africa, thus encouraging them to look to invest and trade with the continent. It will also broaden their understanding of the continent and her people.

Q: And the final question, African leaders are looking for investment in infrastructure, industry and trade. What can African leaders expect from the Kremlin when they finally gather in Sochi?

KD: African leaders should expect further encouragement in technological support and assistance that Russia is happy to provide and has historically been providing.

Furthermore, we expect greater infrastructural support such as in the development of Africa’s railway system. Russia is happy to provide geological exploitation support, as it has been doing in Guniea-Bissau.

Russia has also been keen in the development of South Africa’s gas infrastructure due to the expertise it has in this field.

Moreover, seeing as Russia is a knowledge based economy, as a nation we are happy to exchange skill in the areas of medicine, veterinary services and engineering among others. It is thus an expectation that the Kremlin will seek to promote education of African students in Russian universities. Currently, Russia hosts 17,000 African students, majority of them private students, each year and the number is growing.

Additionally, it is important to note that Russia does not encourage foreign students to domicile in Russia, it advocates for their return to their respective countries to develop and use the skill set acquired to develop their economies.

In conclusion, I would like to state that it is important for Russians to, equally, seek to educate themselves on African affairs in order to boost trade, business and investment. [Kester Kenn Klomegah writes frequently about Russia, Africa and BRICS]