Somalian Condemns Detention Of Reporter While Covering Protest In Jowhar

By Federation of Somali Journalists
Somalia 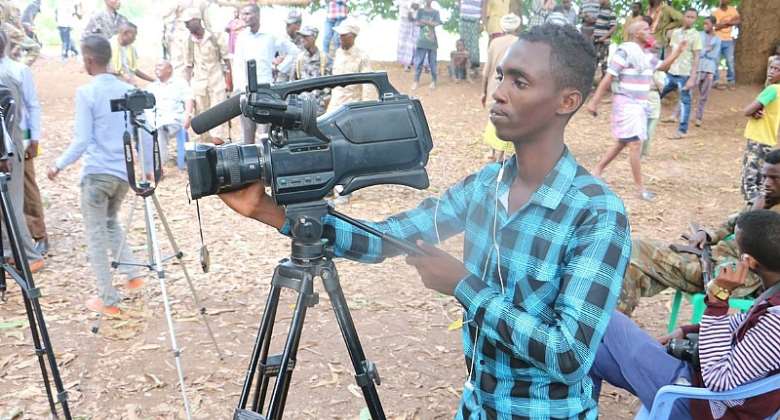 Federation of Somali Journalists (FESOJ) condemns the arbitrary arrest of a local journalist in Jowhar and calls on Hirshabelle authorities to release immediately and unconditionally Mr. Abdiaziz Hassan Moalim "Foolyareey" and cease intimidation of other members of the media.

Middle Shabelle regional police arrested Abdiaziz Moalim Foolyareey on October 14, 2019 after he posted on his Facebook account a report relating to a peaceful demonstration by local residents complaining about mass arrests made by the police on Monday following a bomb attack that killed the Deputy governor of Middle Shabelle region.

Jowhar district police commander, who was contacted by FESOJ said that investigations are underway, accused the reporter of stoking incitement and insecurity

The Facebook post by Mr. Abdiaziz Hassan Moalim, which is attached to this press release clearly highlights only factual and eye-witness corroborated account of police forces detaining dozens of innocent residents including students and teachers - a basic duty of every journalist for which no one must suffer arrest and harassment.

“We denounce this growing trend of repression and harassments against journalists and news media organizations in Somalia. Journalists covering protests in Jowhar and other Somali cities are testing the limits of press freedom, and the regional authorities must take responsibility and end these assaults against journalists. Authorities must allow journalists to execute their professional work freely and fearlessly” Mohamed Ibrahim Moalimuu FESOJ General Secretary said.