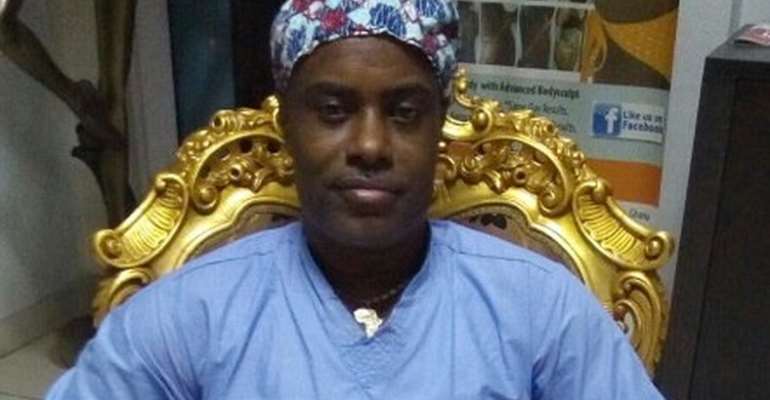 The embattled Chief Executive Officer of the Advanced Body Sculpt Centre, also known as the Obengfo Hospital, Dr Dominic Obeng- Andoh, aka Dr Obengfo, has, described the Registrar of the Medical and Dental Council, Dr Elvis Kwasi Atikpui as a wicked, heartless, disgraceful and a corrupt man who always tries to pull down colleagues who are going up all in the name of hatred and envy.

He said it is really surprising the Registrar of the Medical and Dental Council could express hatred towards him for the past 20 years to the extent of taking him to court despite knowing that he does not have any proof of the case he pursued pertaining to his work as a trained medical doctor.

In an exclusive interview with Accra based Kingdom FM’s Ama Brako Ampofo, Dr.Obengfo said the Medical and Dental Council should immediately sack the Registrar as his hatred has brought disgrace to the whole Council after the circuit court acquitted him on the basis that the prosecution failed to prove there is a prima facie case against him and they also failed to provide credible witness in the case.

I am the first Medical Doctor to be taken to court for allegedly not having a license in Ghana” all because of hatred and wickedness, he emphasized.

Dr. Andoh expressed surprise how most Medical Doctors are very quiet at the various maltreatment melted to them by the Registrar of the Medical and Dental Council after paying their monies for registration for their names to be Gazetted but are not done.

He urged Medical Doctors to rise up and talk about the gruesome abuse of power of Doctor Atikpui’s behavior towards them and removing their names from the Gazetted list.