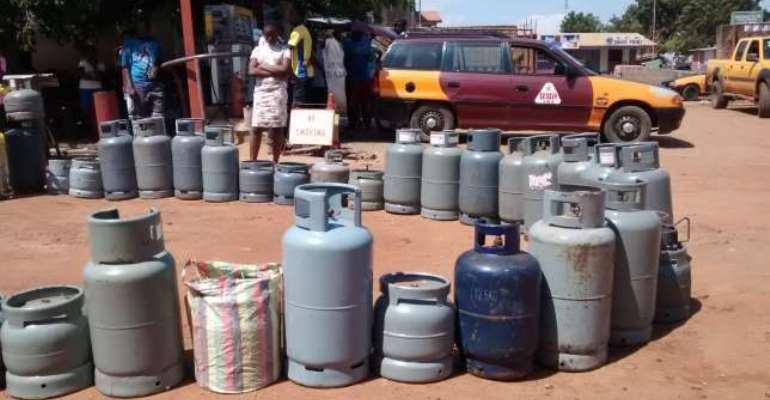 The LPG Marketing Companies Association of Ghana has appealed to the Akufo-Addo government to remove what it described as “nuisance taxes” on Liquefied Petroleum Gas (LPG).

According to the Vice Chairman of the Association, Mr Gabriel Kumi, such action will encourage more people to patronize the product and bring respite to “the masses.”

He made the call at the Brong Ahafo Regional forum on Cylinder Recirculation Model (CRM) held in Sunyani last week. The event was organised by the National Petroleum Authority (NPA).

The NPA is holding forums in the various regions ahead of the full implementation of the Cylinder Recirculation Model introduced by government.

The Cylinder Recirculation Model is the implementation model for the National LPG Policy, and it is aimed at providing direction for marketing and distribution of LPG in a safe and efficient manner, so as to facilitate an increase in access to LPG nationwide.

Mr. Kumi at the forum argued that LPG is not a luxury product that government must impose a huge tax on.

“We wish to remind Government that LPG is not a luxury product. It's indeed a product for the masses with an elastic demand. This simply means that it is impossible to achieve an increment in demand and consumption by increasing taxes which ends up pushing the pump price of the product.”

According to Mr. Kumi, the increase in taxes of LPG is greatly affecting the end consumer.

He advised government to subsidize the price of LPG as done in the past to increase demand and consumption.

“…Rather, you lower the prices, attract more people into the consumption net, so you can increase demand and consumption which will finally move government towards achieving its objective of increasing LPG access, consumption and penetration from the current 25% to 50% by the year 2030,” he added.

The Vice Chairman, also asked for a continuous, open and honest engagement with the regulators to address the current and anticipated challenges that CRM poses explaining that the sector is one of the few remaining sectors of Ghana’s economy which is 100% local content, thus they will not tolerate any policy which has loopholes to sneak in foreigners.

“We shall not tolerate any policy which has loopholes to sneak in foreigners since any attempt to introduce additional players, especially at the initial stage of the implementation when demand and consumption has not reason taken off, in the value chain will only increase the cost of doing business which would eventually hurt the industry,” he said.