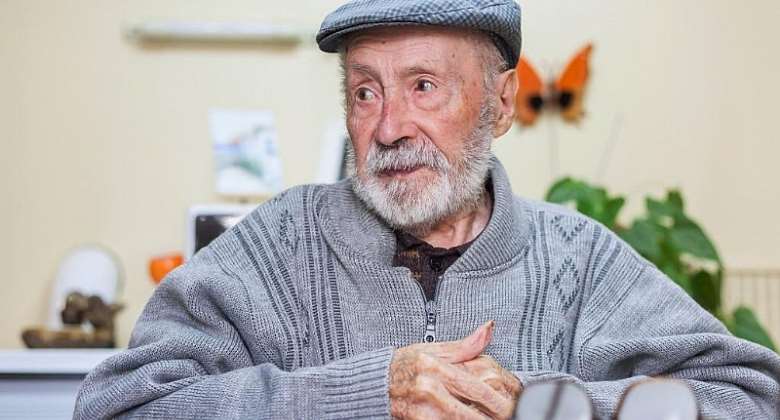 Roger Auvin, who was the oldest known man living in France, passed away peacefully at the week-end, his family said this Tuesday.

Roger Auvin passed away peacefully Sunday at his home in Limalonges, a small village in the Deux-Sèvres department in western France, about midway between the cities of La Rochelle, Poitiers and Limoges.

“He did not suffer at all,” his son Rémi Auvin told AFP agency. “Two weeks ago he refused to eat. He decided by himself.”

Auvin was born 20 March 1908 in the nearby Vienne department. He became France's oldest man on 24 November 2016, when his predecessor, Georges Massard, passed away at the age of 110 in the region of Normandy.

His passing makes Marcel Meys of the Rhone region the country's oldest man, at 110.

Lucile Randon, France's oldest woman at 115, lives in the Mediterranean city of Toulon.

Town officials said Auvin was able to live thanks to constant presence of aides. Annette Machet, mayor of Limalonges, told AFP that Auvin was well known in the community.

“You often saw him sitting in his chair in front of his house with a blanket, and often with a woman taking him for a walk around the town,” she said. “We even saw him walking around at the car boot sale in September.”

Machet said Auvin had “strong character”, enjoyed performing in theatre in his youth and was also an amateur photographer.

A funeral was to be held in the town on Wednesday.
France has 31 'supercentenarians'
Auvin's passing means France now counts 212 people aged 107 and older, according to unofficial figures kept on a website dedicated to people of advanced age.

The list includes 31 “supercentenarians”, meaning those at least 110 years old.

According to the list, Auvin's passing makes Meys the oldest man in France, but he is the 23rd oldest person in a category mostly represented by women.

Lucile Randon is also the oldest person in Europe and second-oldest in the world, after a woman of 116 years in Japan, according to Laurent Toussaint, an amateur statistician cited by AFP.

A French woman, Jeanne Calment, set the record for the oldest person in the world. She died in 1997 at the age of 122.

2022 Budget brouhaha: Cooperation has suffered and will cont...
48 minutes ago