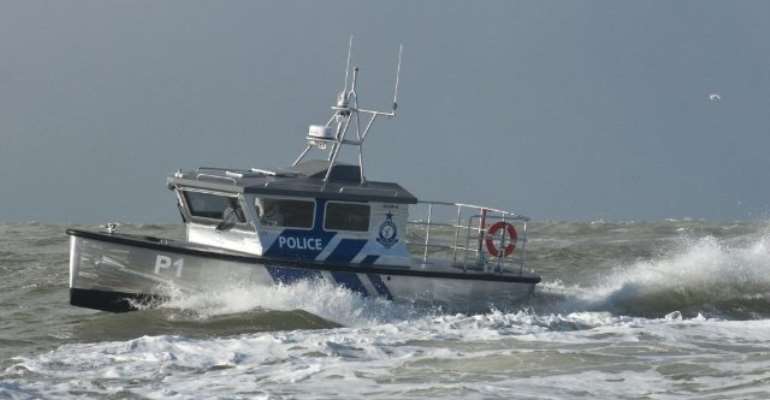 Investigations have begun into the disappearance of two persons in separate incidents at sea, the Marine Police in Tema have announced.

The missing include a 55-year-old man, only known as Olu, who is reported to have gone missing while aboard a canoe named, Behoko, on September 9, 2019.

The canoe is said to have sailed from the Tema Canoe Basin with other crew members namely, Akei Allotey, Emmanuel Arthur, Noah Amponsah, Emmanuel Ashitie, Abraham Ogbey and Samson Amonkra.

The Crime Officer of the Marine Police in Tema, Superintendent Felix Charles Asare, who confirmed this to the Daily Graphic, said about 30 minutes past midnight on September 9, 2019, the crew members on the canoe detected that Olu had gone missing, necessitating a search on suspicion that he could have drowned.

The crew, he said, however, returned to the canoe basin after a fruitless search and lodged a complaint with the Marine Police Unit.

The police, the crime officer said, had not been able to establish any sign of violence or a piece of incriminating evidence after a thorough search on the canoe.

Already, the Marine Police are investigating the mysterious disappearance of a Ghanaian fishing observer, Emmanuel Essien, who was said to have gone missing aboard a fishing vessel, MV Meng 25, on July 5, 2019.

Supt. Asare updating the Daily Graphic on the case indicated that the Marine Police Unit was awaiting advice from the Attorney General's department on what to do with the docket on Essien, aged 29.

He said the three Chinese crew members, namely Chief Officer Yue Changlin, Second Chief Officer Zheng Shipu and a cook, Yang Chanfu, who were aboard the vessel, together with 20 Ghanaian crew members with whom the missing observer, Essien, shared a cabin, had all been interrogated.

Essien, an employee of the Fisheries Commission, was assigned aboard the vessel on July 4, 2019, which set sail for operation from the Tema Fishing Harbour with a 26-member crew made up of 20 Chinese nationals and six Ghanaians, including Essien.

Supt. Asare said the Marine Unit got wind of the disappearance of Essien on July 6, 2019, after a report was made to it by the Operations Manager of Kenbonad Fisheries Company, Mr Samuel Ben Turkson.

The police, together with officials of the Ghana Immigration Service, Port Health, the Ghana Ports and Harbours Authority (GPHA) and a private security firm, K9 Security, he said, had with the aid of sniffer dogs conducted thorough searches onboard the fishing vessel, but "no sign of violence or anything incriminating was found.”

"The search was extended to the deck, stern, hatch, factory area and the engine room in an attempt to either locate Essien or see if there was any sign of violence, but nothing was found," he added.

The investigations, Supt. Asare said, revealed that the crew at about 7 p.m. on July 5, 2019, while operating in the Apam waters detected that Essien was not on the vessel, forcing the crew to suspend the fishing operations in search of him, suspecting he might have drowned but they were not successful.

He said the crew members told the police that they communicated to other fishing vessels along the same route, soliciting their assistance to search for the victim.

A search on the vessel by the police and stakeholders, the crime officer said, revealed that the belongings of Essien, made up of a fisheries documents, GN Bank savings and withdrawal booklet, a national ID card, passport pictures, a GT Bank ATM card, a phone tablet, an Alcatel mobile phone, reflective jackets and a pair of trousers among others were all intact in his cabin.

Supt. Asare said some crew members also confirmed that they last saw Essien at about 8 p.m. on July 4, 2019.

“A Chinese cook onboard the vessel, Yang Changfu, who said he was on duty on the bridge, told us during our investigations that when he closed and came to sleep, the cabin mates had pulled their curtains to cover their beds, an indication that everyone was asleep, hence, he could not look on the beds to see who was asleep and who wasn’t,” Supt. Asare stated.

The crew members, he said, had since been interrogated and their caution statements taken from them individually, “but none have been able to explain at what point in time Essien left the vessel”, Supt Asare stated.