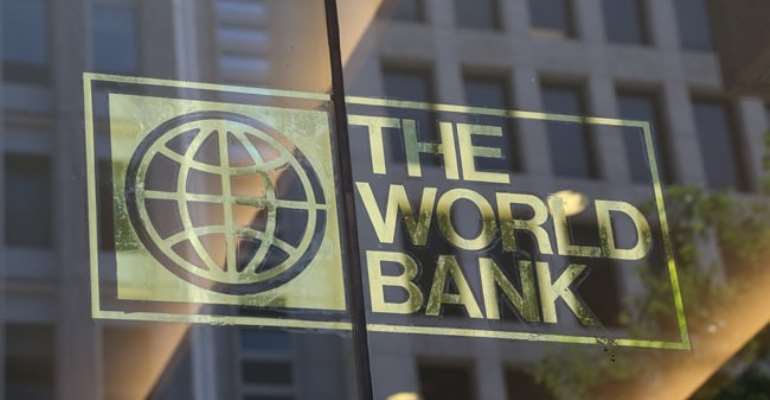 Growth in Sub-Saharan Africa remains slow through 2019, hampered by persistent uncertainty in the global economy and the slow pace of domestic reforms, The World Bank’s 20th edition of Africa’s Pulse report has revealed.

Africa's Pulse is a biannual publication containing an analysis of the near-term macroeconomic outlook for the region.

The 97-page report was launched by in Washington DC, Dr Albert Zeufack, Chief Economist for Africa at the World Bank, which was monitored by the Ghana News Agency through video-conferencing in Accra.

According to the report, overall growth in Sub-Saharan Africa is projected to rise to 2.6 per cent in 2019 from 2.5 per cent in 2018, which is 0.2 percentage points lower than the April forecast.

“Africa’s economies are not immune to what is happening in the rest of the world and this is reflected in the subdued growth rates across the region,” said Dr Zeufack.

“At the same time, evidence clearly links poor governance to poor growth performance, so efficient and transparent institutions should be on the priority list for African policy makers and citizens.”

Dr Zeufack said in spite of the challenges facing many Africa countries, the continent still hosts four of the fasters growing economies in the world.

“Countries like Ethiopia, Rwanda, Ghana and the Ivory Coast are still growing above seven per cent. These are our growth champions in the continent, but they are also among the fastest in the world,” he said.

“After several years of slower-than-expected growth, closing the opportunity gap for women by removing barriers to their economic participation is the best way forward.”

The report said global uncertainty was taking a toll on growth well beyond Africa and real Gross Domestic Product (GDP) growth was also expected to slow significantly in other emerging and developing regions.

It said the Middle East and North Africa, Latin America and Caribbean, and South Asia regions are expected to see even larger downward revisions in their growth forecasts than in Sub-Saharan Africa for 2019.

The report said beyond Sub- Saharan Africa’s regional averages, the picture is mixed.

It said the recovery in Nigeria, South Africa, and Angola—the region’s three largest economies—has remained weak and was weighing on the region’s prospects.

The report said in Nigeria, growth in the non-oil sector has been sluggish, while in Angola the oil sector remains weak; whereas in South Africa, low investment sentiment is weighing on economic activity.

It said excluding Nigeria, South Africa, and Angola, growth in the rest of the subcontinent is expected to remain robust although slower in some countries.

With regards to accelerating poverty reduction and empowering women, the report said, four in 10 Africans, or over 416 million people, live below $1.90 per day in 2015.

It said in the absence of significant efforts to create economic opportunities and reduce the risk for poor people, extreme poverty would become almost exclusively an African phenomenon by 2030.

According to Africa’s Pulse, the poverty agenda in Africa should put the poor in control, helping to accelerate the fertility transition, leverage the food system on and off the farm, address risk and conflict, and provide more and better public finance to improve the lives of the most vulnerable.

It said a critical piece would be addressing gender gaps in health, education, empowerment, and jobs.

The report said Sub-Saharan Africa was the only region in the world that could boast that women were more likely to be entrepreneurs than men, and African women contribute to a large share of agricultural labour across the continent.

This success, it said, was stifled by large and persistent earnings gaps between men and women.

The report said women farmers in Sub-Saharan Africa produce 33 per cent less per hectare of land than men do, and female entrepreneurs or business owners earn 34 per cent fewer profits than male business owners.

It said these earnings gaps are very costly to African people and economies.