US slaps sanctions on Turkish ministers over Syria offensive 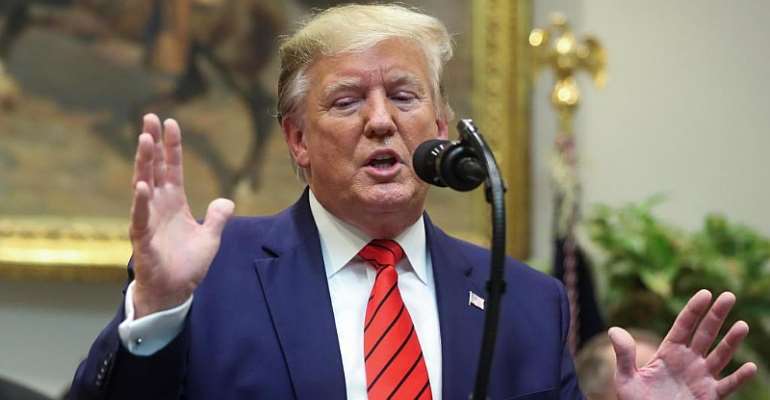 The United States announced it has placed sanctions on Turkey, and demanded an end to the deadly offensive against Syrian Kurdish fighters. It accuses its NATO partner of putting civilians at risk and allowing the release of Islamic State extremists.

"I am fully prepared to swiftly destroy Turkey's economy if Turkish leaders continue down this dangerous and destructive path," said US President Donald Trump, who until recently had touted his friendship with the Turkish president Recep Tayyip Erdogan.

The US Treasury Department said it was imposing sanctions on Turkey's defense, interior and energy ministers, freezing their US assets and making US transactions with them a crime.

Trump said he was also ending talks on a US-Turkey trade deal he valued at $100 billion and, in perhaps the most biting reprisal, re-imposing tariffs of 50 percent of Turkish steel.

These measures come in response to Turkey's offensive to create a roughly 30-kilometer buffer zone along its border to keep Kurdish forces at bay and also to send back some of the 3.6 million Syrian refugees on its soil.

Trump faces backlash from his own party Trump is facing criticism at home, where even usually supportive lawmakers accuse him of abandoning Kurds who had spearheaded the fight against the Islamic State group.

Vice President Mike Pence said he would travel shortly to Turkey and that Trump had telephoned Erdogan on Tuesday to insist that Turkey end the operation.

Defense Secretary Mark Esper said he would head next week to Brussels to ask NATO allies to punish Turkey over the incursion.

France warns Trump over risks Meanwhile, French President Emmanuel Macron made clear to Donald Trump in a telephone call on Monday evening "the absolute necessity to prevent a re-emergence" of the Islamic State (IS) jihadist group in northern Syria.

This after the US announced it would pull its troops out of northern Syria.

According to Macron's office, the conversation between the French president and Erdogan "underlined the deep divergence of views on the expected consequences of the Turkish offensive in the north east of Syria."

The conversation between Macron and Iraqi president Saleh focused "on the humanitarian and security risks of the current situation," as well as "on the measures to be taken within the framework of the international coalition against the Islamic State."

Macron told Saleh he hoped to see "a strengthening of French-Iraqi cooperation" in this context.