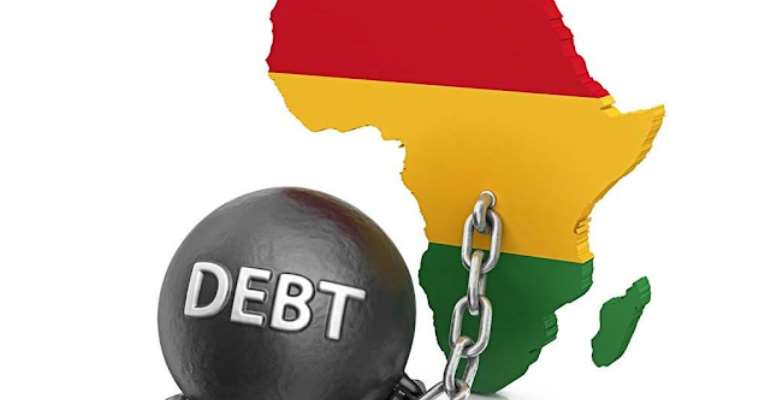 With the growth of the global crisis, the debt burden of countries around the world has grown and one of the poorest regions in the world, in which economic activity as public debt is having serious impact on its population, is Africa.

A study by the United Nations Conference on Trade and Development highlights a dangerous increase in debt in several African countries and asks governments to take effective measures to prevent a possible crisis.

In 2014, Africa’s total national debt was 38 percent of GDP, compared to 111 percent for the Organisation for Economic Co-operation and Development, according to Carlos Lopez, Executive Secretary of the United Nations Economic Commission for Africa.

The sharp decline in commodity prices, especially oil, caused by a decrease in global consumption due to the global crisis of overproduction provoked serious problems for most African countries, whose main source of income is the extraction of raw materials.

Under these circumstances, some of the states of the continent in a desperate situation fighting for survival, begin to participate in the debt relief program for the poorest countries in the world.

The International Monetary Fund and World Bank program, which began in 1996, goals were to pay $ 76 billion to reduce the external debt burden of 36 poorest countries in the world, of which 30 are in Africa.

Most of the countries, over the next three years, will have to spend more and more money to service their debt. The Republic of Congo tops the list with external debt growth of 25 percent of GDP. After Congo, Niger is the next with a growth of 23 percent and Malawi - about 19 percent.

Most of the debts of these countries are related to private creditors, and not to institutions like the IMF or the World Bank. For example, according to research conducted as part of the Jubilee Debt Campaign in October 2018, African countries owed China US$10 billion in 2010 and increased to over $30 billion by 2016.

Paying off national debt doesn’t only affect the growth of the country but adversely affects the economy. This is one of the reasons the economy of African countries is never stable, leading to exorbitant prices of common basic commodities and food.

Africa's foreign indebtedness appears manageable, but African governments must take measures to prevent their rapid growth, which could trigger a new crisis, as happened in the late 1980s and early 1990s.

In order to guarantee the sustainability of a passive, a guided investment strategy is needed at transforming African economies, which at the same time must engage in the process of regional market integration, infrastructure construction, and industrial development, including across borders.

The most recent estimates show that achieving sustainable development goals in Africa could require investments between 600 billion and 1.2 trillion dollars a year and for the sole increase in infrastructure, the continent would need 93 billion dollars, which can only offset half that amount.

Several African countries have contracted large debts on national markets, in regards to the analysis of internal debt related to Ghana, Kenya, Nigeria, Tanzania, and Zambia.

Within two decades in some countries, the domestic debt almost doubled from an average of 11% of the gross domestic product in 1995 to around 19% at the end of 2013.

It is very necessary that African governments should add new sources of income to finance their development, such as remittances and public-private partnerships, as well as implementing effective measures to suppress illicit financial flows.

African countries should also look for complementary sources of income, including remittances and Diaspora savings, which have been growing rapidly for some years, reaching 63.8 billion dollars in 2014.

Finally, Africa must also tackle the problem of illicit financial flows, which can reach 50 billion dollars a year.