Not Only NDC Radio Stations Were Shut Down – Ursula Owusu 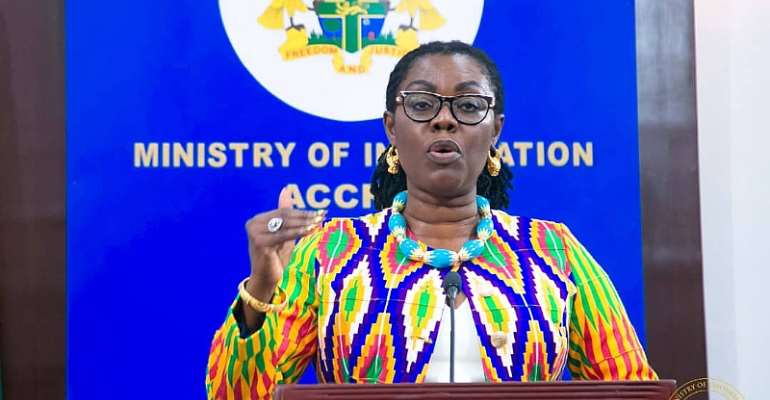 According to her, these claims by the former head of state were ploy to rub the image of the ruling New Patriotic Party and the National Communication Authority into the mud.

Addressing the media at a Meet-The-Press on Monday, the Communication Minister said “It is factually incorrect, and a blatant untruth to say as some have, including former President Mahama and the Media Foundation for West Africa… that only opposition radio stations have been targeted for closure. No such intention actuated this exercise”.

This was in relation to some stations that were closed down by the NCA in May 2019, for operating without licenses of which included two notable pro-opposition radio stations, Radio Gold and Radio XYZ.

But the sector minister countered that a radio station belonging to NPP’s first deputy speaker was also shut down.

“I am not sure we can claim that all the 144 stations in breach of the Electronic Communications Act were NDC or opposition radio stations. I know for a fact that a station owned by the current Deputy Speaker who cannot be an opposition member has been closed down,” she noted.

Former President John Mahama on Friday said government was setting a bad precedent with the way it was closing down some radio stations in the country.

“There has occurred under this government a situation where the law is deliberately used to shut down dissenting stations and it is unfortunate. If you look at the pattern of the stations that have been closed, using the law, they are all pro-NDC stations and I think it is a bad precedent. I pray it doesn’t happen in future when the shoe is reversed and some other government comes and shuts down stations that are pro-opposition.

“The law is just being used because the stations have appealed to the Electronic Tribunal but somehow they have managed to get the judge to resign and government has refused to appoint a new judge to adjudicate the case deliberately just so they could keep the stations closed and it is totally unacceptable,” he fumed.