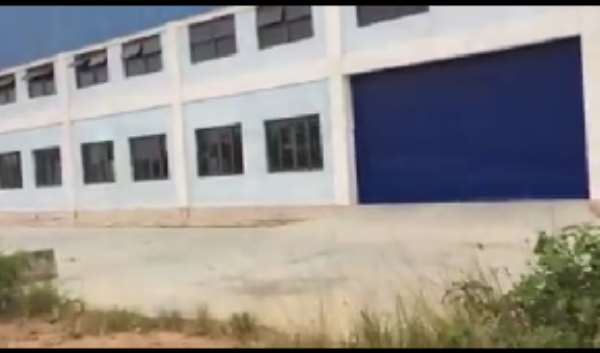 Residents of Adeiso in the Eastern Region have bemoaned the continued abandonment of certain projects embarked upon by the previous Mahama administration.

They mentioned a sacks (kotoku) factory put up at Adeiso to take care of the country's sack needs for fertiliser, groundouts, maize and numerous other produce.

The project costing the tax-payer millions of hard currency, was over 90 percent complete before the NDC lost power. However the project had been left to gather weeds and is virtually left to rot at the mercies of the harsh weather.

Wild creatures such as snakes, scorpions, frogs, grasscutter and others have taken ownership of the abandoned project as its habitat.