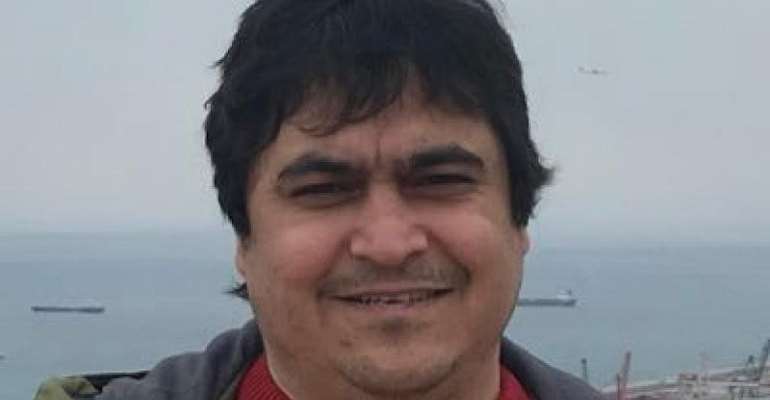 Iran says it has arrested an exiled journalist who allegedly helped fan the flames of nationwide economic protests in 2017 to 2018. Iran's paramilitary Revolutionary Guard confirmed on Monday that Ruholla Zam was arrested, followed by an announcement on state television.

Up until his arrest, he had been living and working in exile in Paris.

The question is how did Zam end up in Iran in order for him to be arrested.

The Revolutionary Guard says Zam had been “guided into the country” before his arrest. His channel on Telegram, an encrypted messaging app, was apparently taken hold of too, as news of his arrest was sent off by a message to one million of his subscribers.

Victory over the West
On state television, Zam was referred to as a “special prey”, calling his arrest a victory of the Guard's intelligence department over Western services.

A report about his case describes the journalist as the head of network of psychological warfare by Iran's enemies.

The Guard alleges that Zam was supported by intelligence services from the United States, France and Israel; allegations that he has always denied.

To date, France has not commented on his arrest.
Mass protests
His channel on Telegram spread messages about upcoming protests in 2017 and shared videos from the demonstrations that took place across 75 cities and towns.

Telegram had shut down the channel over complianst from the Iranian government saying it was spreading information on how to make gasoline bombs.

The channel resurfaced but under a different name.
Although the protests have largely stopped since 2017, there remains pockets of unrest especially as the economy has worsened since US President Donald Trump withdrew from Iran's nuclear deal and imposed a new round of crippling sanctions on its oil industry.

Ruhollah Zam
The 46 year old journalist was once detained during unrest following the disupted 2009 presidential election that led to the re-election of former hard-line President Mahmoud Ahmadinejad.

His father, Mohammad Ali Zam, a Shiite cleric, published a letter in Iranian media in July 2017 stating he would not support his son over AmadNews' reporting and messages on its Telegram channel.

"I found that you crossed the red line," the cleric wrote, referring to comments the channel circulated about Supreme Leader Ayatollah Ali Khamenei. "Our red line is the supreme leader, but you passed the red line."

Telegram in Iran
Of its 80 million users in Iran, nearly 40 million use the free app that was created by Russian national Pavel Durov.

Much like Whatsapp, it allows clients to share videos and photos, while chatting or making phonecalls, but people can find groups of interest that can be subscribed to.

What makes Telegram attractive is authorities often ban social media sites like Facebook and Twitter or censor others, but on Telegram, users can say just about anything.